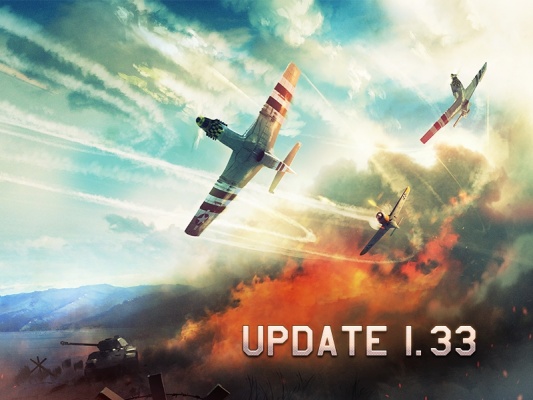 Update 1.33 (changelog) was introduced on 7 August 2013. It is most notable for adding Modifications and Consumables to the game, along with a wide range of new armament options for aircraft.