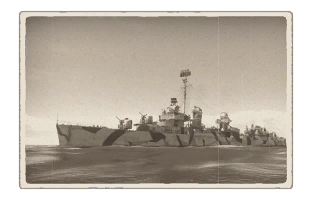 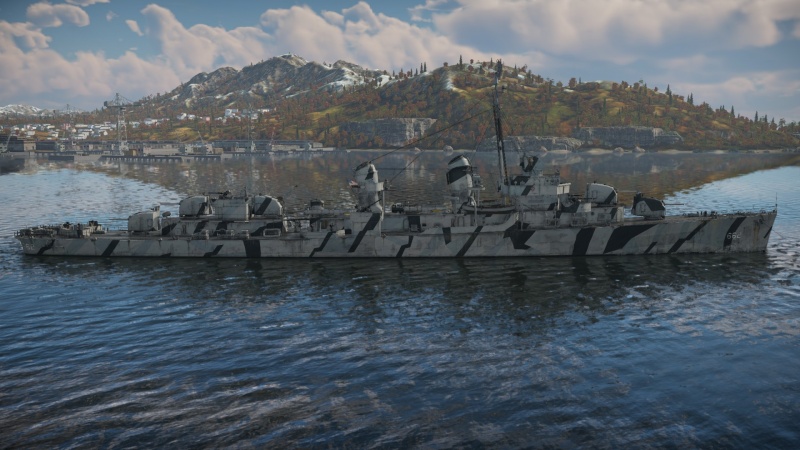 The Fletcher-class, USS Bennion (DD-662), 1944 is a premium gift rank III American destroyer with a battle rating of 4.7 (AB/RB/SB). It was introduced in Update 1.79 "Project X" as an Xbox-exclusive vehicle purchasable on the Microsoft Store.

As a Fletcher-class destroyer, the USS Bennion resembles its sister ships USS Fletcher and USS Cowell in terms of performance characteristics. The most distinctive differences the USS Bennion has compared to its sisters is its unique dazzle camouflage, following the MS-32/13D design pattern. Compared to its closer relative, the Cowell, the Bennion possess an extra 5,000 rounds of 40 mm Bofors ammunition.

As part of the Fletcher-class family, the USS Bennion's armour profile is not so different from its sisters, with armour plates covering the individual 127 mm gun turrets and primarily hull protection at the sides and roof.

With its fast firing armament, it is definitely capable of fighting other destroyers. Load APHE for your main guns, and you can start firing against enemy ships from mid to long range. Try disabling the enemies' engine room or gun turrets to prevent them from escaping or fighting back effectively. You also have ten torpedoes, so you can use them in any tricky situation. Should you be outmatched, try turning away and using a smoke screen to conceal yourself.

The Cowell has lots of anti-air weaponry. The deadliest will be your ten Bofors and five 127 mm cannons. Let your AI gunners shoot from long distance using radio fuse HE shells. Once enemy aircraft come close enough, you should either take control of the Bofors or the main guns themselves to deal with enemies. As always, lead your target and take into account your ship's momentum if you need to. The ship can fire all of its anti-aircraft guns when the enemy is directly above the ship. Try turning to the side to allow more guns to fire if the enemy is coming from an angle. The radio-fuse shells will make quick work of any enemy aircraft or at least critically damage them to the point that they will not be able to make their attack run, while the Bofors will chew down many smaller planes. 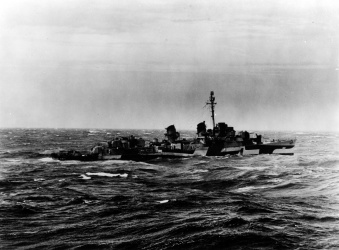 USS Bennion left for the Pacific on 03 March 1944, conducting training around Pearl Harbor until May 29th. From then, the USS Bennion joined the Pacific War as a fighter director and radar picket ship and saw action at Saipan, Tinian, Guam, Peliliu, Philippines, Leyte Gulf, Iwo Jima, and Okinawa.[3] At Leyte Gulf, the USS Bennion was involved in the Battle of Surigao Strait, where it assisted with the sinking of the Japanese battleship Yamashiro.[4] For the USS Bennion's actions off of Okinawa, the destroyer received eight battle stars and a presidential unit citation.[3][5]