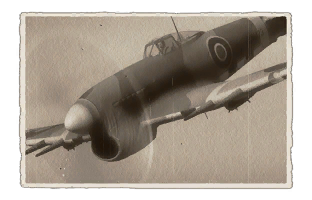 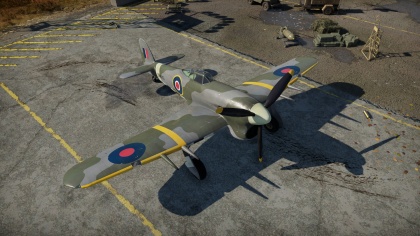 The Typhoon Mk Ib is a premium gift rank III British fighter with a battle rating of 3.7 (AB), 4.3 (RB), and 4.0 (SB). It has been in the game since the start of the Open Beta Test prior to Update 1.27. It was removed from the store after the 2017 Winter Sale and is currently unobtainable.