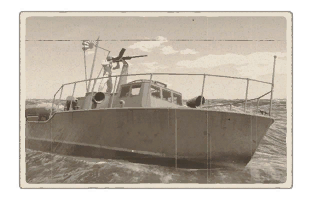 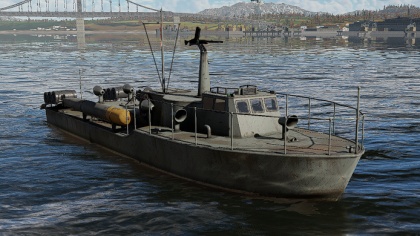 The Type T-14 has no armour, just a wooden hull which is 40 mm thick along with a 15 mm thick wooden superstructure. With 7 crew members, it should be noted that the boat cannot take many hits despite its small profile and survive. The crew compartment is located on frontal half of the boat while the ammunition supply, engine and fuel compartment sits on the rear half of the boat where the area is slightly above the water level. This ship has 4 compartments, making it slightly more survivable than certain other reserve MBTs, it's espeically survivable against small caliber rounds at longer ranges, though this survivability is still nothing to rely on. 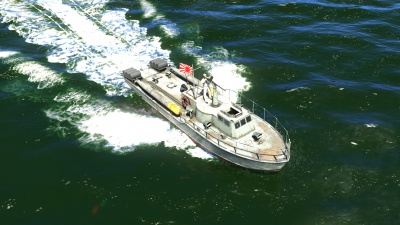 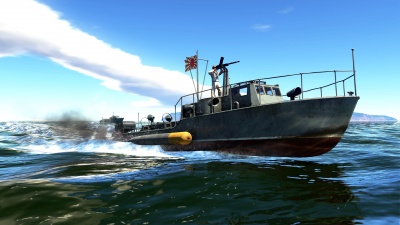 The Type T-14, launching a torpedo 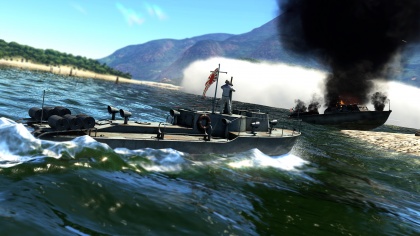 The T-14 is limited in it's play style mainly by it's main gun, it doesn't work well at range or deal a lot of damage, so at mid to close range is where it's going to have the most substantial impact. It's a good idea to play around your teammates, as in a one on one fight, an enemy will likely cause more damage to you than you will to them, so you'll need the support of friendlies to inflict a portion of the damage.

If you see a larger vessel it's best not to engage it on your own, you wont be able to do enough damage to take it out if it's firing back at you, use your torpedoes to try and knock them out, and only engage with your main gun if you have the support of your friendlies.