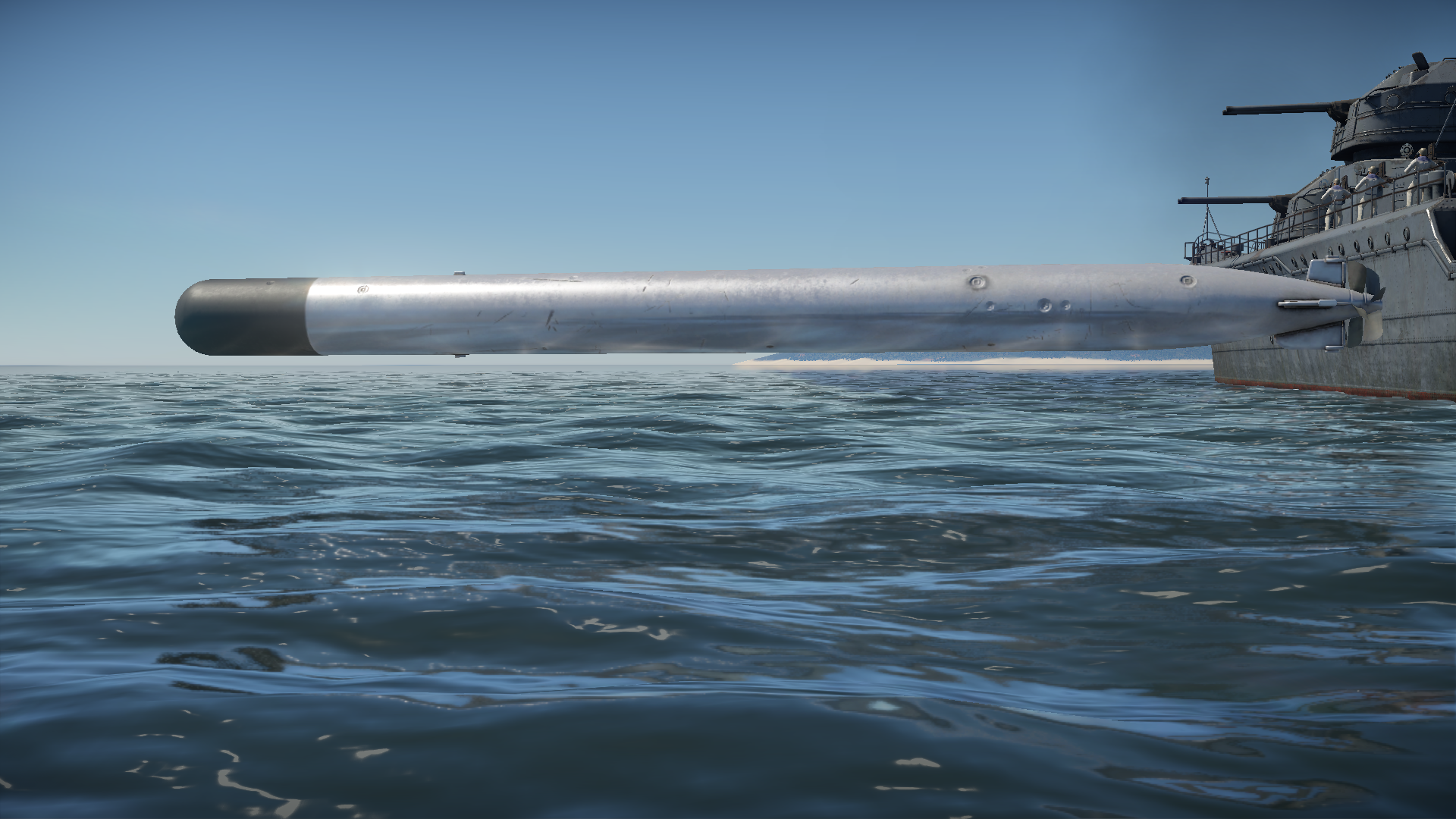 The Type 93 Model 3 torpedo is one of the best ship-launched torpedoes in the game, with its long 15 km range, fast 91 km/h top speed, and massive 998.4 kg TNT equivalent explosive charge. Carried by certain destroyers in late war configurations, these effective weapons allow them to remain a threat to targets where the main battery is ineffective.

Type 93 Model 3 was a late-war version of the Type 93 that was modified to carry a significantly larger explosive charge of 780 kg of Type 97 explosive at the cost of decreased range, between 5 km and 10 km, depending on the speed setting. The Type 93 Model 3 also had a pointed nose, giving it increased speeds, and replaced the compressed air starter tank with a carbon tetrachloride tank, preventing catastrophic detonation in case of ignition. It was designed in 1943 and entered service in 1944.