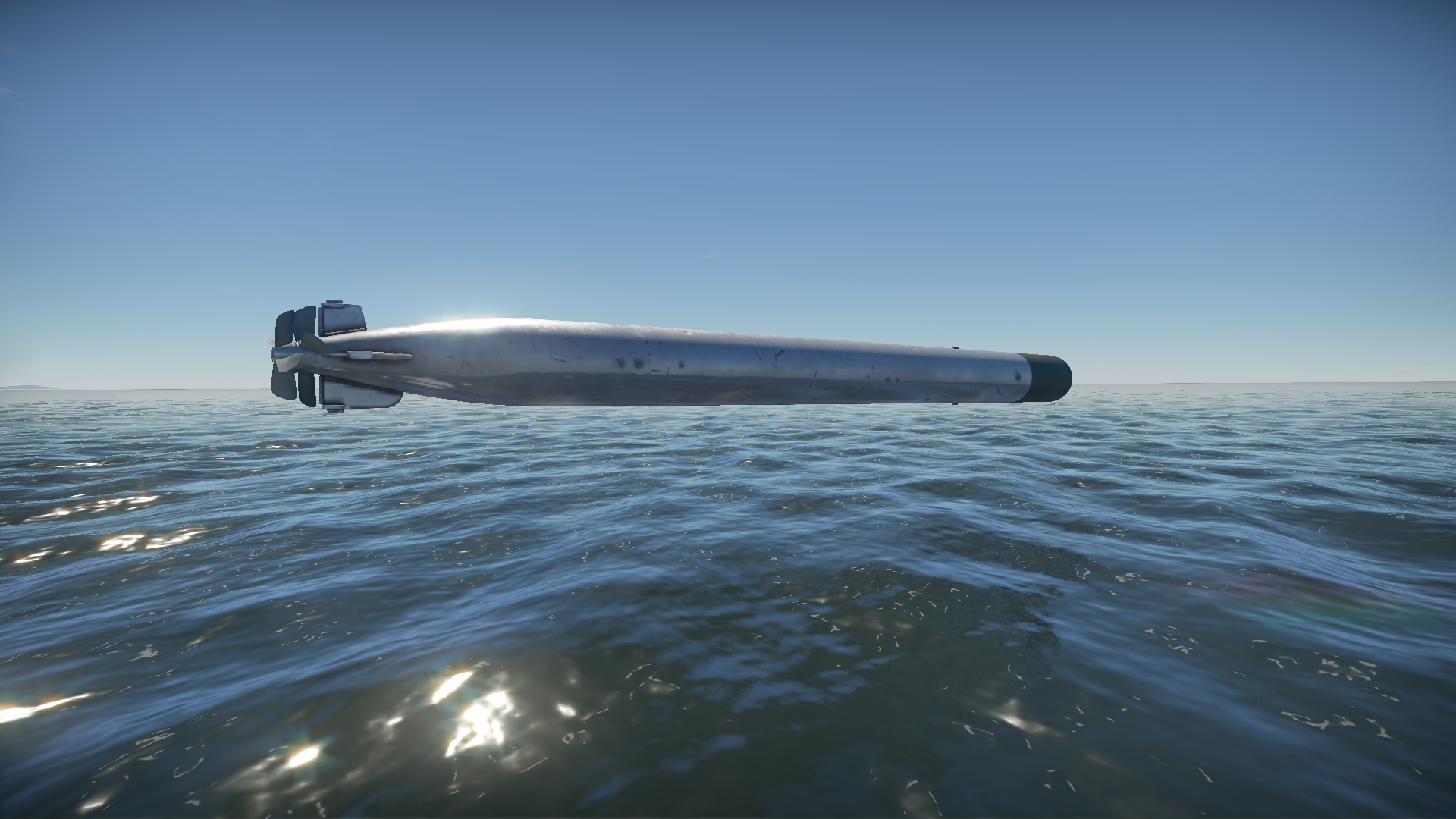 The Type 93 Model 1, mod 2 torpedo carries a warhead with a TNT equivalence of 627.2 kg, making it one of the most deadly torpedoes in the game, behind only the Type 93 Model 3 and Mk.16. A single hit is usually enough to severely cripple large ships such as heavy and light cruisers, if not outright sink them.

Compared with other common torpedoes used on destroyers and cruisers (Mk.15, G7a, G7E (mod.T5a), 53-38, 53-39, Mark V, and Mark IX), while some can match or even surpass the Type 93 Model 1, mod 2 in speed, none come close to combining that with long range and a large explosive charge.

The resulting torpedo was the Type 93 torpedo, referred to as Sanso Gyorai (酸素魚雷, "oxygen torpedo"). The Type 93 torpedo had a diameter of 610 mm (24 inches), was 9 meters (29 feet, 6 inches) long, weighed 2700 kg, and was rather large compared to its contemporaries. Many torpedoes of the time used combustion engines with compressed air oxidizers for propulsion. In contrast, the Type 93 torpedo utilized pure, compressed oxygen as the oxidizer. Air is composed of roughly 20% oxygen and 78% nitrogen, the latter of which was a waste product that manifested as long bubble trails. Using pure oxygen allowed the Type 93 torpedo to effectively quintuple its fuel while also eliminating the nitrogen byproduct. This greatly reduced the torpedo's bubble trail and left it virtually wakeless. The use of oxygen allowed the Type 93 torpedo to carry a large explosive charge, 490 kg of Type 97 explosive, without sacrificing fast speeds and long range.