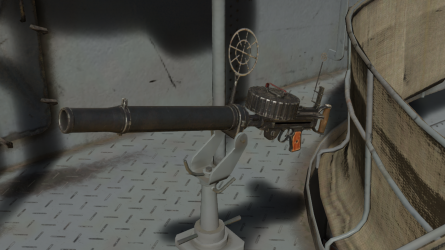 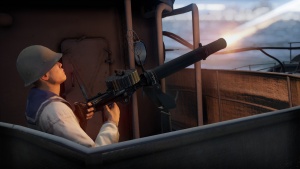 The type 92 is the IJNs standard defnsive 7.92mm machine gun. It is found on many bombers as defensive turrets, and on certain ships as well. It is characterized as being one of the worst machine guns in the game, with a low Rate of Fire (600 RPM) and bad ballistics, as well as poor accuracy, it is not too good at doing it's job. However, on lower tier dive bombers like the D3A1, this gun can work wonders. If shot into the engine of an aircraft, it will most likely start a fire, and it is very common for this to happen. The Incendiary power of the belts is often under estimated!

Default: T/AP/Ball/AP/IAI/I Great belt for setting fires win shot into the engine of an aircraft

AP-T: T/AP/T/AP Great belt for scare tactics, use the tracers to scare off the enemy. (The more tracers they see, the more they think of Danger and Retreat!)

This is solely a defensiv