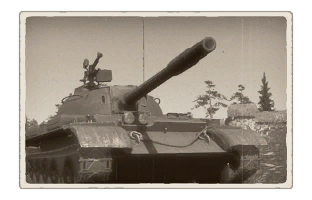 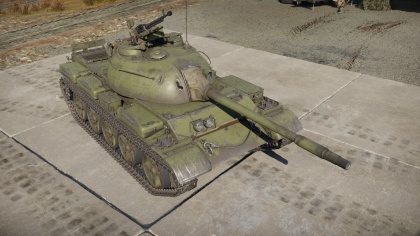 The vehicle is armed with the Chinese Type 62-85TS rifled cannon, which is very similar to the soviet ZIS-S-53 (85 mm) cannon on the T-44 and the T-34-85. While at first, the Type 62 gets access to the same ballistic ammunition than it's soviet counterparts, it also gets access to more powerful HEATFS rounds, which can prove useful when engaging heavily armored targets.

While the tank comes with APHEBC by default, the latter APCBC provides more penetration for decreased damage. The APCR and HEATFS rounds on the other hand are better used to engage heavily armored targets frontally such as Tiger II (H) or T29. 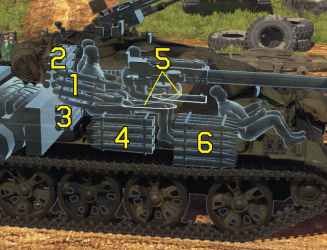 Ammo racks of the Type 62

The hardest tanks to destroy in the Type-62 will be the T29 and Tiger II (H), as APHEBC and APCBC shells cannot penetrate these tanks from the front. When facing against these tanks, your best option is to get their ammo racks or turret crew from the side while they're busy dealing with your teammates, or, if they see you, relocating without them seeing you and catching them unaware. With the HEAT-FS shell it is possible to even penetrate the King Tiger's upper front plate if they underestimate you and don't angle their hull.