The Type 1936A offers very little additional protection except the basic hull with 16mm of steel armour and a superstructure with 8 mm of steel armour. The gunshields on the single 15 cm mounts are 12.7 mm thick and the gunshields on the 20 mm Flakvierlings measure 8 mm of armour, therefore only offering protection from small caliber machine gun fire. 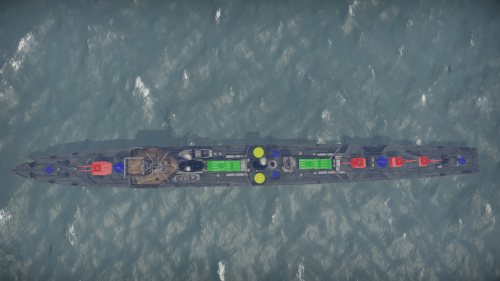