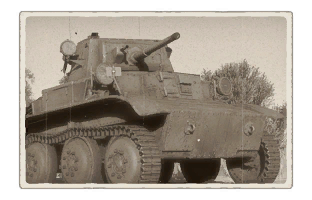 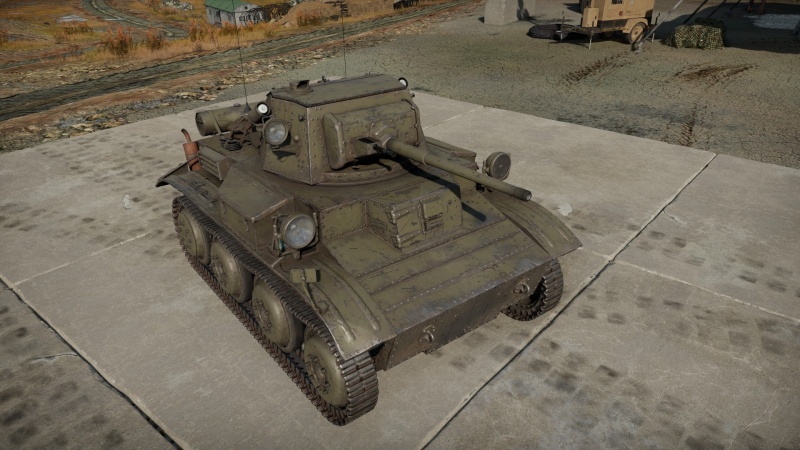 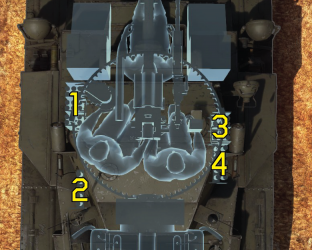 Ammo racks of the Tetrarch I

Otherwise, anyone playing the Tetrarch should get back behind friendly lines if two or more enemies are approaching since it's cannon can only take down enemies one by one, patiently shooting down each crewman.

As with any tank equipped with the QF 2-pounder, little post-penetration damage makes large and crowded tanks a nightmare, thus, LVT(A)(1), T-28 and the less common T-35 should be avoided, although the Tetrarch's APHE shell can be rather quite effective against these vehicles.

After Operation Ironclad, the Tetrarchs were shifted in their roles to become part of the airborne forces after War Office and the Army decided that the light tanks of the day were not capable of competing against other tanks. It was in mid-1941 when the Airborne forces decided to use gliders as part of their landing equipment and the General Aircraft Hamilcar glider can carry one Tetrarch tank and its crew in the storage compartment. By 1942, the War Office had redesignated the Tetrarch as an "airborne" tank and the essential unit with the Tetrarch on hand was the "C" Squadron, converted into an independent tank unit and brought to the airborne forces in June 1942. Though intentionally in 1st Airborne Division and primed for the invasion of Sicily, not enough gliders for the Tetrarchs were available so they were left behind, the "C" squadron was transferred to 6th Airborne Division in April 1943. The squadron was expanded into a regiment by bringing in more light tanks and other reconnaissance vehicles, the regiment has at least 21 Tetrarchs on hand in its three squadrons in May 1944, some modified with a 76.2 mm howitzer for close support (CS) and others retaining the 2-pounder that has Littlejohn adaptors that increased its penetration capabilities. A consistent problem for the airborne forces was the low number of tanks available to them; with only 50 available Tetrarchs reported in December 1942, the demand could not be met, thus a new airborne tank design must be made to fill this demand, which the specifications was sent to the United States for manufacturing.

Operation Tonga was the last World War II conflict involving the Tetrarch, and it was replaced by the M22 Locust in October 1944. Though declared obsolete in January 1946, the Tetrarchs stayed with a few units like the 3rd Hussars until 1949.[1] The Tetrarch in every military branch, even in training exercises, were formally removed from service by 1950.