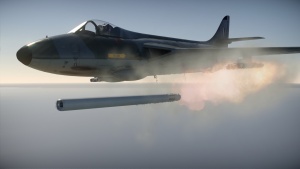 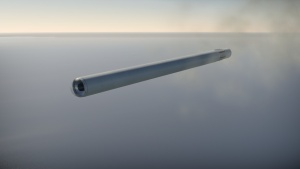 So recently Gaijin slightly changed the way one aspect of missiles work. Previously all missiles could be slaved to radar, now only certain ones can, so I've added this to the stat card. While I was at it I've changed the Uncaged Lock FoV field to Seeker gimbal limit and halved the value to try and make things clearer. Before the value represented the maximum FoV of the seeker when it was gimballing (in flight or otherwise), as this most noticeable affect of this was the size of the outer ring on uncaged seekers that was how I labelled it. However what this value truly represents is how far the seeker can look off-boresight. Thus it also affects how far off-centre the missile can track a target while being slaved to the radar, and how far off centre it can track a target while flying. To put it simply a higher number will produce a bigger outer-circle for missiles with uncaged seekers, let the missile look further off-boresight when being slaved to radar, and track better. I have tried to update this field to better represent how it affects the missile. Not sure if I've been able to word it great in the annotation though, so if you've got a better way of getting the point across (without being too wordy) then feel free to suggest improvements.--Flame2512 (talk) 20:10, 22 November 2019 (UTC)