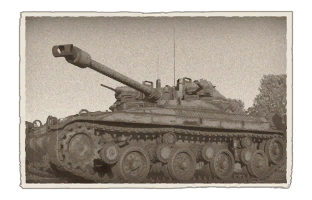 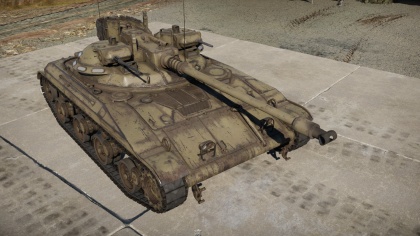 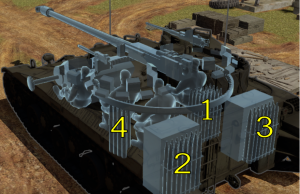 Notable opponents and how to counter them:

All Tiger II's: Try to shoot the back of turret/hull sides as it is a 100% sure ammunition explosion (especially with HEAT-FS)

Maus and E-100: Don't engage from the front at all! Try to have a side shot or approach from the rear. Both the 128mm and 75mm guns can destroy you with ease! Around 2 shots are needed for ammunition explosion with HEAT-FS.

Ferdinand: Ferdinand isn't a really dangerous one like the Maus, but it has acceptable armor. You can penetrate the frontal armor like other parts as they're not angled.

Leopard I: This one is easy to deal with, but the Leopard I has a fast-firing 105mm cannon with powerful HEAT-FS round. Make sure you approach the target fast enough that they won't have enough time to approach back.

LekPz M41 and JPz 4-5: Nothing to talk about armor, but they have fast firing guns and good mobility, make sure you don't meet them in an open area.

SPz BMP-1: This one is gonna be dangerous, a powerful combination of ATGM and grenade-launcher can be really dangerous! Make sure you're faster than the opponent and in a good spot, so you can destroy them without taking damage.

There are some other opponents to talk about, but most important enemies you may face them are written above. SPAAs are dangerous as well, and Jagdtiger can be penetrated frontally (Turret).