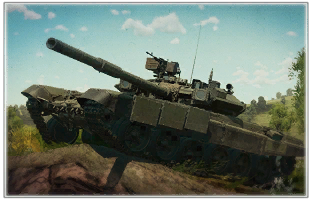 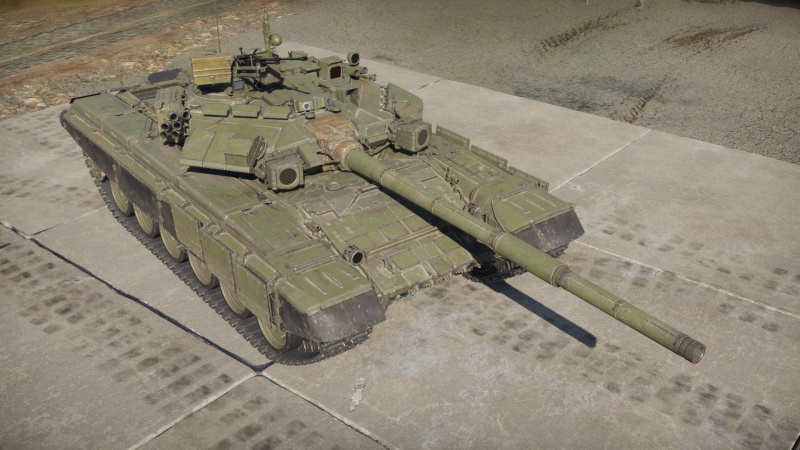 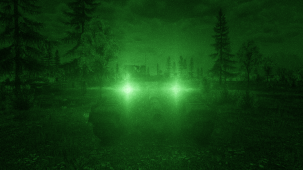 As seen in picture, Shtora-1 acts like "eyes" which emit IR light aura and beam which can be seen with NVD and act as a spotlight.

The T-90A has a greater mobility compared to previous T-72 series tanks. However, it lacks speed, manoeuvrability and reverse speed compared to the T-80 series but has a more powerful engine. The T-90A has mediocre speed and overall mobility compared to NATO tanks which is compensated with armour and low profile. With its powerful engine, the T-90A is able to pull and push enemy tanks with ease (winching them is recommended to activate the tank corpse track movement as they will not move if no cable is attached)

The T-90A has access to the 2A46M-5 125 mm smoothbore main gun. This gun is nothing new in the Russian MBT tree and fires the same ammunition as seen in previous models (darts vary from the T-72A to the rest of the T-72 and T-90 tanks). This can be considered as a pro as all rounds have same handling between series, including the 3BM42M (modern round for the T-90A). As all T-72 past T-72A, they are able to fire the 9M119 ATGM from the main gun. However, T-90A has access to the 9M119M1, a modernized 9M119 with a tandem charge with slightly reduced speed.

The T-90A has access to the same ammunition shown in previous T-72s with exception of the 3BM42M and the 3OF26 EDKV (time-fused version of the standard HE shell). All are capable rounds which are not new and have same handling. Different from past T-72's, the T-90A does not get access to 3BM42, the best round in past T-72s.

The 3BK18M is the first round the T-90A has access to, it can be considered a mediocre round as most of the enemies which will be faced will be able to withstand it due to composite armour. However, it is particuallary useful when facing light armoured vehicles which are prompt to hull break (SPAA, light tanks, etc) and useful when facing enemy helicopters as it has enough explosive mass and flight speed to be competitive as last resort. As a hollow charge, it is prompt to detonate mid air due to trees, bushes and fences. This makes the round difficult to use when in long range engagements as some field elements may not be rendered.

The T-90A has access to 2 types of APFSDS: the 3BM22 and 3BM42M. The 3BM22 is a decent round with decent penetration and stopping power. While it lacks penetration to penetrate Leopard 2 tanks upper frontal plate, Leclercs lower frontal plate or M1A1/2 turret plates, it has enough penetration to hit and cause critical damage in weakspots and side shots. 3BM42M however, different from the 3BM42 seen in previous T-72s, has much more penetration (as seen in table) which can penetrate all tanks from all sides (be aware of Leopard 2 turret wedges and firing at M1A2 turret with an obliquity greater than 45°).

The 9M119M1is a tandem version of the previously seen 9M119 SACLOS ATGM in past T-72's. The main upgrade is the tandem charge, everything else remains practically the same with exception of reduction of flight speed.

The 3OF26 EDKV is the time-fused version of the 3OF26 HE round met in previous T-72s. Fuse is set when laser rangefinding an object. It is pretty much useless against non lightly armoured vehicles (even 20 mm roofs will stop the spalling if an air explosion is done) but can be devastating against helicopters as there will be no need for direct hit in order to cause critical damage. 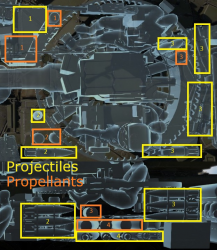