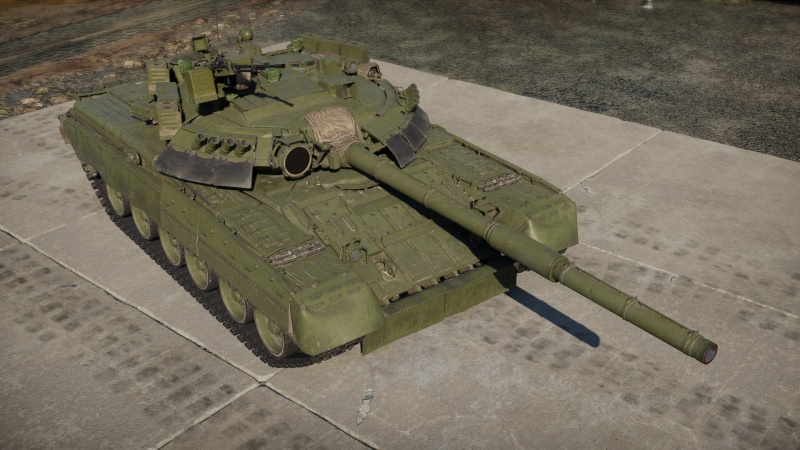 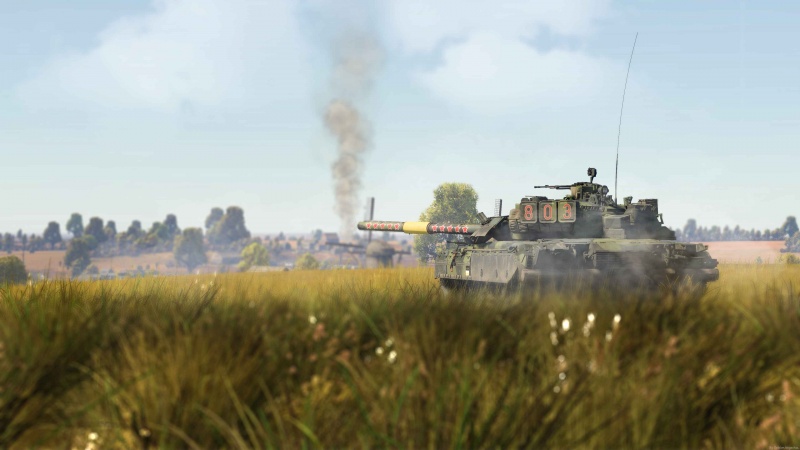 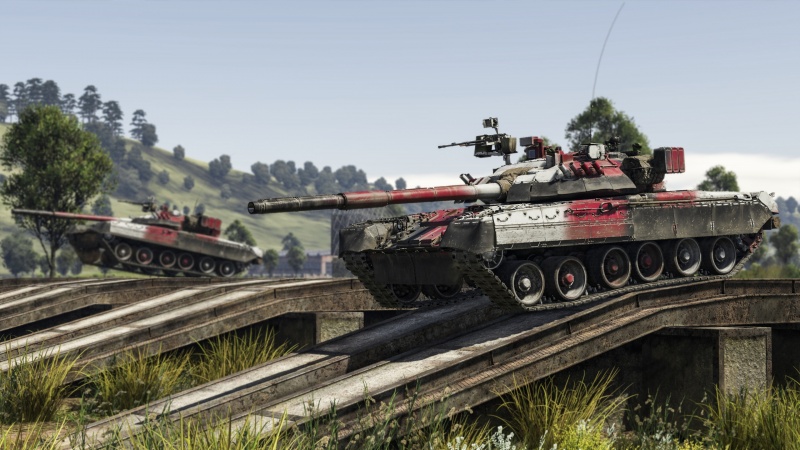 The T-80U is an all-round upgrade to the T-80B and one of the most advanced MBTs fielded by the Soviet Union. With a new turret and Kontakt-5 ERA, it visually distances itself from its T-64 ancestors and boasts hefty protection against both chemical and kinetic rounds. The engine power has been improved by about 14% and the resulting power-to-weight ratio matches contemporary NATO tanks like the Leopard 2A4 and IPM1. The firepower has also kept up with the times because of its top 3BM46 APFSDS and 9M119 ATGM. The combination of good armour, low profile, high mobility, and a punchy gun make the T-80U a versatile tank that doesn't leave very much to be desired. The post-penetration survivability and reverse speed could still be better, but Soviet tankers will be used to these flaws by now and the latter is still much better than on the T-64s and T-72s.

Fans of the T-80U will be happy with with the succeeding T-80BVM, a upgrade of the T-80B with even more advanced ERA and ammunition to cap off the T-64/80 tech tree line.

The armour protection of the T-80U is adequate, especially if the incoming round hits one of the CONTACT-5 ERA plates while newer shells such as the DM53 can still frontally penetrate the hull armour at close range. The strongest parts of the tank are the turret front and a majority of the upper front plate. It does, however, have some weaker areas, the most important being the driver's hatch, the immediate areas of the turret surrounding the gun and its breech, and its lower frontal plate. These weak spots are however pretty small targets at range, and thus by hiding them properly, the risk of being hit can be minimized. Owing to its very low profile, a hull-down T-80U is a small target in itself; the weaker parts of its armour are even smaller.

Fuel tanks on either side of the driver cannot soak up some shrapnel as recent changes have added fuel explosions, and these tanks detonate dramatically. As with all Russian auto-loaded MBTs, there are only three crew members so a well-placed shot is capable of causing a crew knock-out. It's also worth noting that the placement of the ammo rack, below the turret in a carousel-style setup, leaves the T-80U particularly vulnerable to side shots causing ammunition detonation. The protection of the T-80U is very similar to the T-64B in terms of the size and placement of the weak areas. The sides of your tank should always be protected, and when engaging an enemy, your front armour should always be aligned directly towards him to reduce the risks of a shot penetrating your weaker side. The tank does, however, have some CONTACT-5 ERA on its upper front skirts, meaning that you have some extra protection against kinetic penetrators, and a lot against chemical shells, until the ERA bricks are detonated (leaving the area vulnerable for another hit).

As mentioned above, the T-80U also benefits from the typical low silhouette Russian tankers will be accustomed to, with the vehicle being significantly smaller than its competitors. This allows the T-80U to be hidden behind small terrain deformities which other MBTs would otherwise be visible. It's also harder for an enemy tank commander to immediately tell which area is the most vulnerable. But armour cannot be relied on in any circumstance, the tank is no longer new, and weaknesses are well known. Most tankers will have a steady aim at hitting weak spots even on the move. 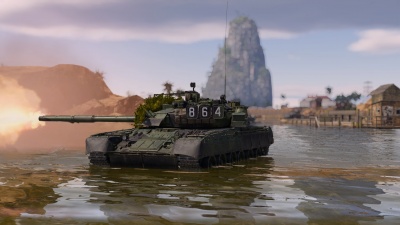 The T-80U is armed with the same 125 mm cannon found in the T-80B, with its 3BM46 "Svinets" round proving adequately competitive against other Rank VII offerings (The 3BM42 round has lost quite a bit of its luster however, and struggles with some of the more heavily armoured opponents at range, and lacks reliable post pen effect). As with previous vehicles of the family, the main gun is auto-loaded, so the loss of a crew member or an engine fire does not affect the loading times and the 6.5-second loading speed is competitive when compared to the 120 mm guns on the Leopard 2A5 and M1A1 Abrams. One notable perk of the auto-loader mechanism is that the gun will be reloaded even if the gunner is knocked out, if you're fighting a fire, or repairing. It does however also come with the drawbacks of a reload time that cannot be improved, the large ammo carousel concentric with the turret, and the chance of a single penetrating shot detonating the ammo racks. Another thing to note, since update 1.97 if the tanks battery runs out of power, the autoloader will not function and the cannon will need to be manually loaded, which is a much slower process.

The 3BK18M HEAT shell is the stock ammunition, along the 3OF26 HE shell. The HE can deal overpressure damage even to enemy MBTs if carefully aimed at the turret roof or frontal deck. The researchable 3BM46 APFSDS and 9M119 ATGM prove powerful and can be used against tanks and helicopters alike. 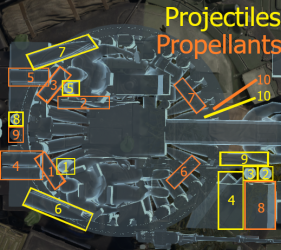