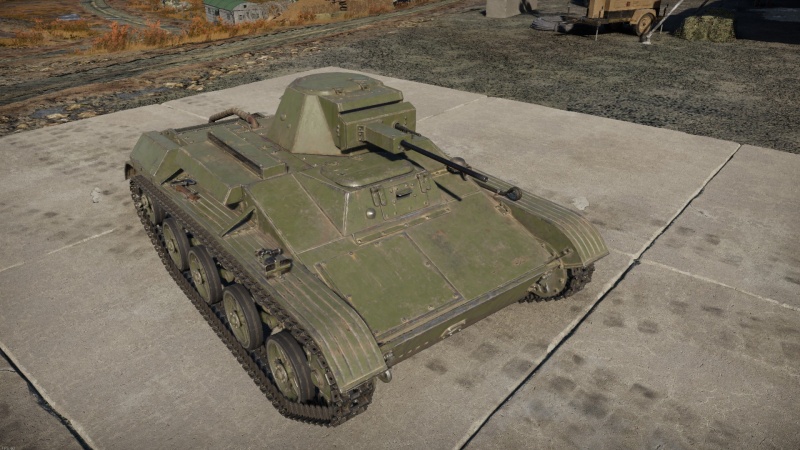 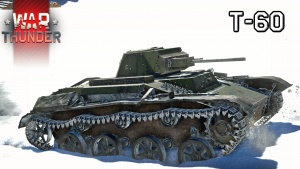 The Armour of the T-60 is fairly effective frontally, being for the most part angled gives it good protection against similarly rated opponents with a high chance of causing shots to ricochet, however a shot to the side will likley be fatal due to the thin (15mm) side armour and vehicle only having a 2 man crew, this means that the loss of 1 crew member will cause the vehicle to be knocked out.

Speedforward / back
AB49 / 7 km/h
RB and SB44 / 6 km/h
Number of gears4 forward
1 back
Weight5.8 t
Engine power
AB145 hp
RB and SB76 hp
Power-to-weight ratio
AB25.0 hp/t
RB and SB13.1 hp/t
The Mobility of the T-60 is very comparable to the T-26, while it is fast enough to move around the map with ease, it is not mobile enough to be the first friendly to the cap or camping position, the mobility is enough to allow for a support or flanking role in most situations. 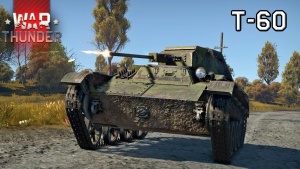 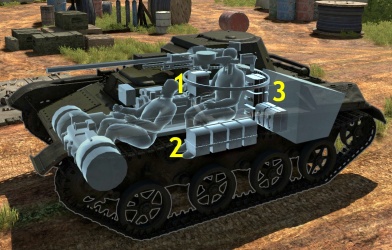 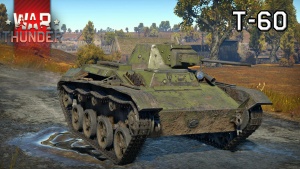