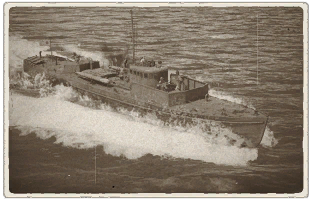 The T-51b is unarmoured, apart from the 4 mm of steel making up the hull. It's a fairly large vessel for its class, and also not the fastest either, this means it will take a higher amount of damage comparatively, and will likely not survive incoming fire for very long. It does however have four compartments, so if fire is concentrated over a small area it can survive for a short amount of time.

The T-51b isn't a hugely fast vessels by MTB standards, reaching a max of 52 km/h in RB, and 73 km/h in AB. It's also a fairly long boat, so it has a fairly wide turning circle, and takes some time to adjust direction. Its acceleration and speed in reverse also isn't too impressive. Overall, it's fast enough to cruise around the map and reach the spots it needs to, but it does lack the overall mobility to get out of trouble when fighting faster craft. 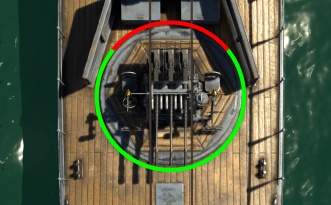 The T-51b is equipped with a triple 25 mm mounting, which on the surface offers huge damage potential: a single 25mm cannon is a powerful, the presence of three of these cannons can lead for a very high damage output. However, because of the shield present around the mounting, it does have a significant dead-zone, meaning that the cannons can't fire at a surface target in the red sections of the diagram to the right. This can make the T-51b quite a tedious vehicle to engage other vessels with. The 25 mm cannons come with three belts: 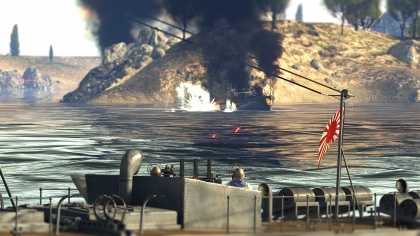 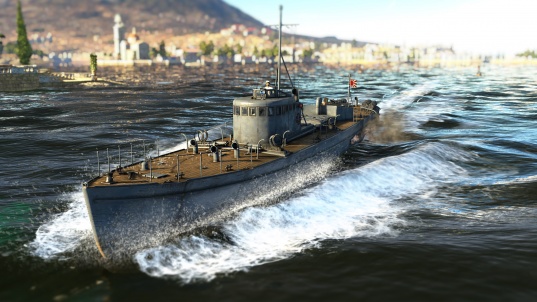