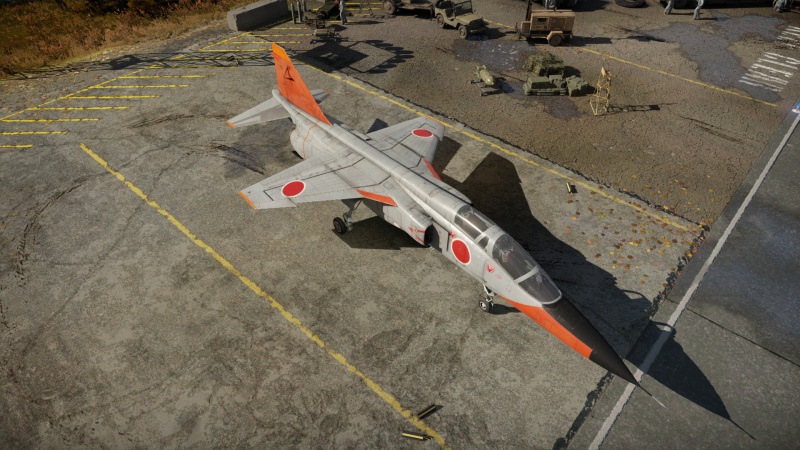 After World War II, Japan was left without any modern jet fighters for defensive purposes and around 1955 the Japanese Air Self-Defense Force (JASDF) put into motion development of a supersonic jet aircraft due to the Fuji T-1 trainer's lack of proper training in supersonic flight. Japan had purchased front-line Mach 2 fighters such as the F-104 Starfighter and the F-4EJ Phantom, however, their pilots had difficulty in handling these fighters and a new trainer aircraft was needed.

Built as a trainer aircraft, the trainee pilot and instructor sat in tandem with the instructor in the rear-raised seat. With an instructor pilot in the aircraft, Japan was now ready to properly train their pilots in high-speed fighter usage. The T-2 paved the way to Japan's development and production of their first supersonic military fighter, the Mitsubishi F-1.

The T-2 features dual Ishikawajima-Harima Heavy Industries TF40-IHI-801A engines which are license-built Rolls-Royce Turbomeca Adour turbofans, the same utilised in the Jaguar fighters. The T-2 for the most part was manufactured with aircraft aluminium alloys, however, it did selectively use titanium for extra strength in certain areas. Shaped more like a dart than the stout Jaguar, the T-2 was built for speed, though to help with maneuverability the wings do not house fuel tanks and feature leading-edge root extensions (LERX) and full-span leading-edge slats on the wings to aid in creating a higher angle of attack or higher lift capacity, especially helpful during slow flight. The T-2 opted to eliminate ailerons and instead utilise twin spoilers for roll control. The tail portion of the aircraft like many modern fighters featured an all-moving tailplane and airbrakes were outfitted to allow for slowing the aircraft down either in manoeuvres or when preparing for landing. 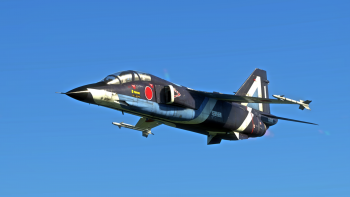 The T-2 is an aggressive fighter aircraft and features a single 20 mm Vulcan cannon which requires a brief spin-up before ammunition begins to fire, thus does not have an instantaneous fire with trigger depress which will take a pilot time to get used to and preplan shots to allow for the gun to spool-up in time to get shots off at a high-speed target. AIM-9E Sidewinder air-to-air missiles round out the air attack arsenal and are highly effective missiles, however, a clever (and lucky) pilot can outmanoeuvre the Sidewinders, though, typically the enemy fighter is then left in a compromising situation and can be easily dispatched with the cannon.

Rockets mounted on the T-2 bridge the gap between air-attack and ground-attack, allowing the fighter to either hammer bombers with the rockets or ground targets such as trucks, anti-aircraft batteries and ships. For dedicated ground attack, the T-2 can be outfitted with two different bombs, namely the 500 and 750 lb bombs of which are the aerodynamic LDGP form type bombs. Though not built to be a fighter-bomber like the F-4C, the Japanese fighter loses some of its hard-earned manoeuvrability while carrying bombs (hence the fuel tanks not being in the wings), however once released, the T-2 can be back in the aerial mix as long as it has the speed to do so.

Though developed as a training aircraft, the T-2 is a formidable foe which is fast, sleek and can carry a one-two punch which can easily knock-out enemy aircraft unfortunate enough to race through the Japanese fighters crosshairs.

The T-2 was designed and built for one main purpose and that was to train pilots in flight at around Mach 1.4 in preparation for flying faster Mach +2 fighters such as the F-4EJ, F-104 and the Mitsubishi F-1. With a long narrow body, short main wings without fuel tanks and an all-moving tailplane, this aircraft was built streamlined like the F-104, to get you from point A to point B in the shortest amount of time possible and not spend too much time manoeuvring. While excelling as an interceptor, this fighter will still hold its own in a manoeuvring fight, granted as long as under-wing armaments are limited to the Sidewinder missiles and not the heavy bombs.

The sleekness of the aircraft lends itself to flying fast and speed should be maintained when flying especially during air-to-air combat as a slow-flying T-2 is a relatively easy target due to poor manoeuvrability at slow speeds. To help in instances where the aircraft must fly at slower speeds (landing, bombing and ground rocket attack) slats and spoilers help to create a higher lift capacity and roll rate which prevent the aircraft from stalling and plummeting. 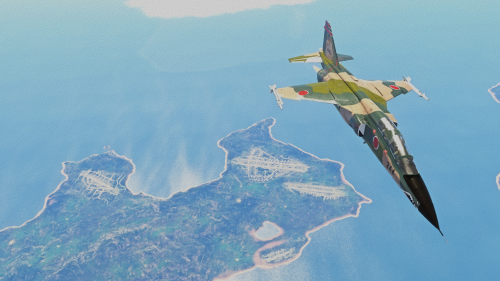 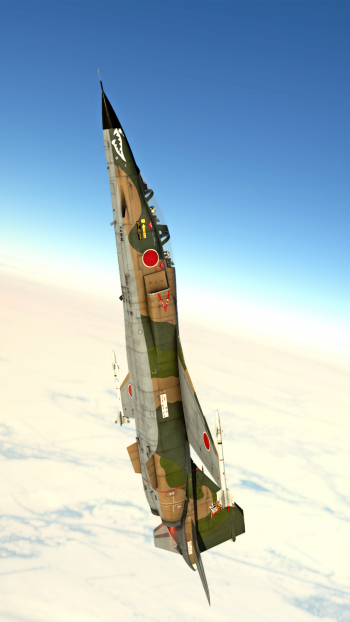 The T-2 fighter like many of the newer aircraft have shed most of its armour in lieu more speed and agility. The only armour outfitted on this aircraft is the 38 mm bulletproof glass situated between the fore and aft cockpit, giving the rear pilot a pretty good chance of surviving an impact or bullet strike which might take out the front pilot. Beyond that, the survivability of the aircraft is a mix of engineering and skill of the pilot. Damage sustained to the wings will not affect fuel loss as no tanks are mounted here; they are only mounted within the fuselage of the aircraft. While many aircraft can absorb a huge amount of ammunition rounds in the fuselage before losing something important, when it comes to the T-2 fuselage hits typically result in a hit to the engines, oil coolers, fuel, pilots or the radar. This is where pilot skill and manoeuvring come into play to make it very difficult for an enemy pilot to get a firing solution. High-G manoeuvres within this aircraft may hurt the speed and manoeuvrability; however, it may save the pilot's lives by causing many of the missiles such as the AIM Sidewinders to miss due to their lower g-turn threshold. 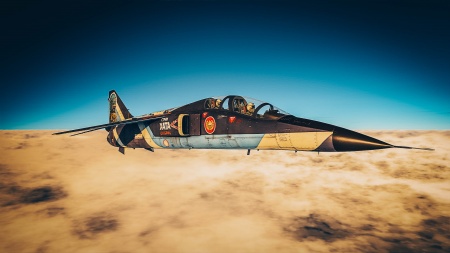 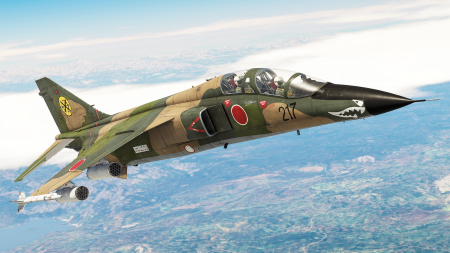 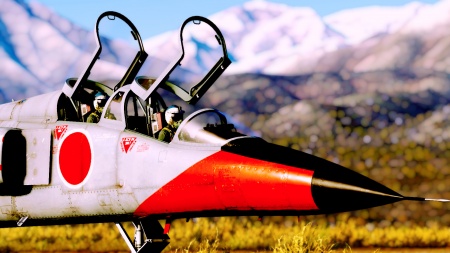 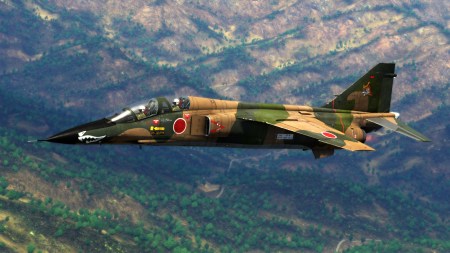