Difference between revisions of "T-2" 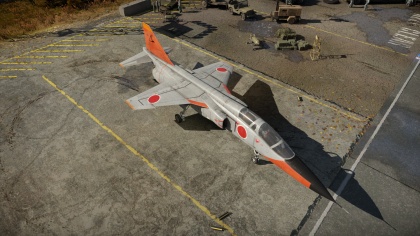 This jet, as of Update 1.87, is the fastest jet in the game. The manoeuvrability isn't a strength. The acceleration is comparable to the MiG-19, it is excellent but may not be the best at very low speeds. It has two AIM-9E for dogfights and some rocket and bomb loads. The 20mm Gatling cannon does take a learning curve to get use to because of a short .25 second spool time. This jet comes with radar assisted aiming.