Difference between revisions of "Super Hellcat" 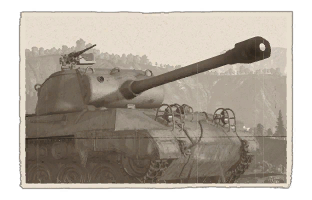 The M18 90-mm Gun Motor Carriage (or the Super Hellcat) is a premium rank IV American tank destroyer with a battle rating of 6.3 (AB/RB/SB). It was introduced in Update 1.51 "Cold Steel". It is similar to the Rank III M18 Hellcat, only using the M36 GMC turret to mount the 90 mm gun with a minimal decrease in top speed.

Ammo racks of the Super Hellcat.

An experimental version of the M18 antitank vehicle armed with a 90mm M3 cannon. Only one model was ever built. The impetus for the creation of this model was that 76mm guns had been shown to be ineffective against German heavy tanks on the Western Front. The re-equipping project was carried out on the Aberdeen training ground, which is where the vehicle’s gun was also fired. Based on the results, the gun was equipped with a massive muzzle break.