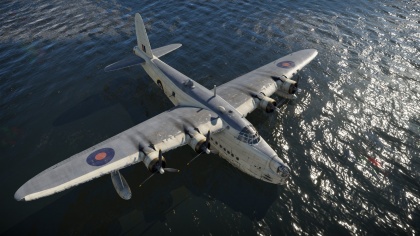 The Sunderland Mk V in the garage

The Sunderland Mk V is a Rank II British flying boat/heavy bomber with a battle rating of 2.3 (AB/SB) and 2.0 (RB). This aircraft was introduced in Update 1.65 "Way of the Samurai".