The FV4333 Stormer HVM is a rank VI British self-propelled anti-aircraft vehicle with a battle rating of 9.7 (AB/RB/SB). It was introduced in Update 1.89 "Imperial Navy".

The missiles do not have any protection this time around and you should avoid being bombed and shot by artillery at any cost. Even a 7.62 mm machine gun can ignite missiles on a good hit. Even close artillery or HE miss might set off Starstreaks and cause your entire rack to explode, annihilating your carrier and probably taking your allies nearby with you in process.

When first launched, the carrier missile drags the actual missiles away from Stormer and unleashes them at about ~600 m range. Until that point, the missile can be used as a weak form of HE ATGM and if it hits enemy light tank or SPG weak spot or suspension wheel it can do catastrophic damage.

Overall, at short ranges other SPAA, SPG and light tanks are fair game and you should try to destroy them via hull break if they try to attack Stormer HVM, as simply running away from them is rather difficult.

After 600 m, three missiles disassemble from carrier missile and start increasing their speed to the extreme. To not lose control over their movement due to speed, they constantly spiral. Each one of them can be approximately counted as 105 mm HE with reduced shrapnel amount. Due to their spiraling nature, aiming them at ground forces is practically pointless, unless you try to disintegrate tanks which have little to no armour, like Object 685 - in the case of such tanks, if you somehow hit their weak spot, they still can hull break even from smaller missiles. 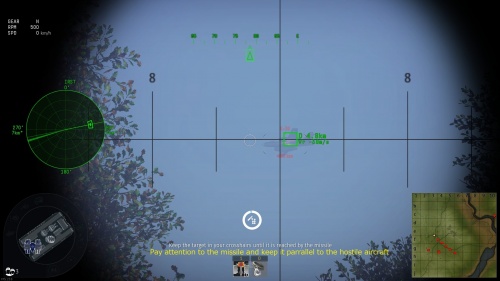 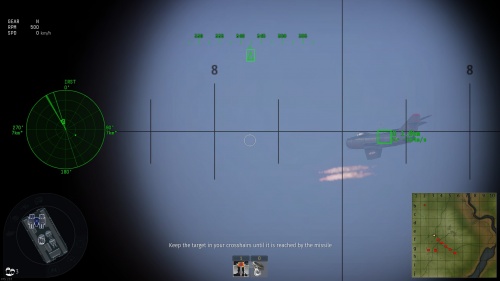 Trees completely block IRST system - if you cannot see your opponent yourself, neither will the system.

Avoid participating in combat with medium tanks at any cost, as you definitely will not help in winning the fight and they might use the gigantic ammo rack as a way to destroy your allies. The only logical exception is if you are supporting allied ATGM tank by removing hostile tank ERA and turning their attention towards you, then immediately retreat.

In case if you managed to spot hostile SAM, you can try to remove them by igniting their missiles to help your team achieve air superiority, however, remember that you cannot fire on move, so if they will notice you and have actual guns, the tables will turn immediately.