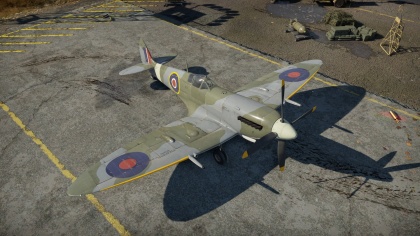 The Spitfire LF Mk IX in the garage