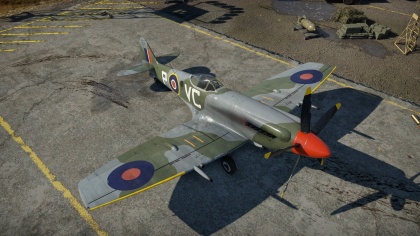 The Prendergast's Spitfire FR Mk XIVe is a premium gift rank IV British fighter with a battle rating of 5.3 (AB/SB) and 5.7 (RB). It was introduced in Update 1.49 "Weapons of Victory". The plane is painted after the camouflage scheme of the plane Canadian pilot James Prendergast used in the No.414 Squadron of the Royal Canadian Air Force, flying reconnaissance and ground attack missions over Europe before the Allied invasion of Normandy on D-Day. It was removed from the store after the 2018 Summer Independence Day Sale. 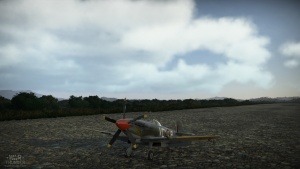