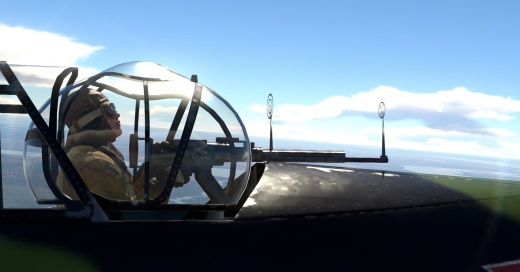 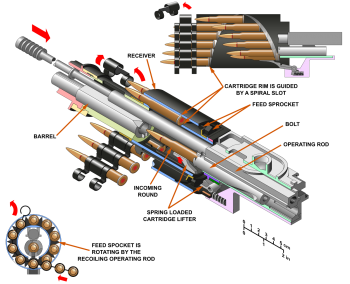 The designers Boris Shpitalniy and Irinarkh Komaritsky departed from traditional methods of feeding belt linked ammunition into the ShKAS and utilised a feed design nicknamed “bird-cage” or “squirrel-cage”.[1] Even declassified documents regarding the United State’s evaluation of the feed system stated, “…an interesting departure was made from the heretofore orthodox practice of feeding ammunition to a gun of this caliber [sic].” [2]