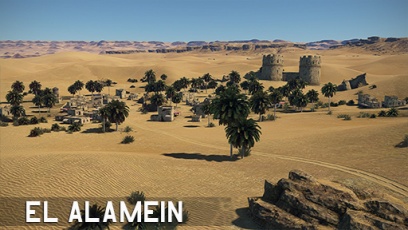 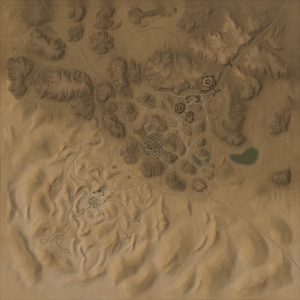 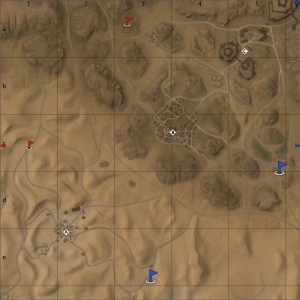 The Domination configuration in AB & RB. 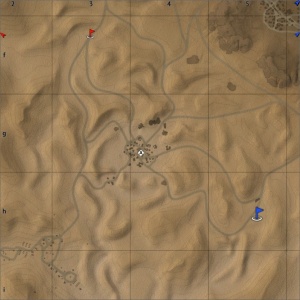 The Conquest #1 configuration in AB & RB.

The Conquest #2 configuration in AB & RB.

The Conquest #3 configuration in AB & RB.

Battle
There are two capture points, each belonging to a team. The points are located northeast and southwest of the centre town. The battle area is restricted to the middle / northeast of the map. 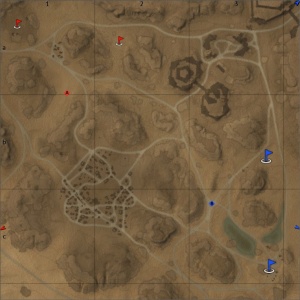 The Battle configuration in AB & RB.