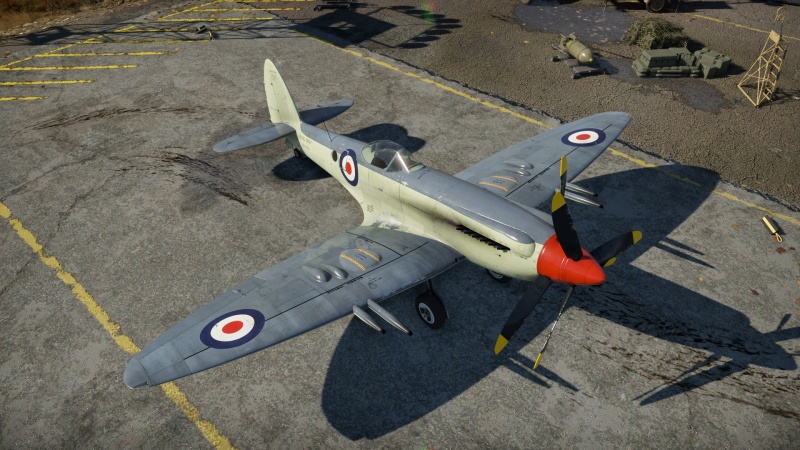 It has has a rather versatile selection of secondary armaments. You can take two 250 lb bombs or two 500 lb bombs. Whilst the first will result in marginally better performance, the latter is preferred for attacking ground vehicles and for pillboxes. The fact that you can carry rockets is even better. You have a choice of either 4 x RP-3 rockets or 8 x RP-3 rockets. It is more advisable to take 8 x rockets as having only 4 will means both your salvoes have to be dead-on the target. This isn't helped by the fact that rockets utilized are woefully inaccurate. When strafing a group of AI light tanks, it is at this point when utilizing 4 rockets make a bit more sense as you are almost guaranteed to take out some of the AI vehicles. If in a mixed RB battle, you should probably not even be carrying rockets and should just stick with bombs, however, if you are attacking vehicles with exposed crew members like the 8.8 cm Flak 37 you can benefit a bit more by using the rockets.