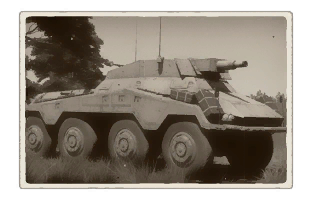 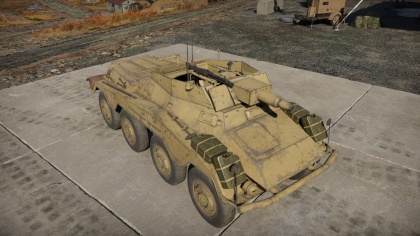 This armoured car is as much fun to play as the Sd.Kfz.234/4. The short 75 mm gun and the 234 chassis work amazingly well within its battle rating. The best way to play this Rank I Goliath is to use your speed and to try to get side and rear shots on the enemy but since you have HEAT at your disposal, you are almost guaranteed to obliterate anything frontally at your battle rating and vice versa. The 234/3 has the same weaknesses as the 234/2 which means it can be and will be torn up by 12.7 mm machine gun fire, assume the position has been spotted after firing and move out via reverse. Engaging in a head-on is unadvised but you can come out kicking should you find yourself against any higher tanks as you should be able to reload fast enough, though this is not a go-to option.

The 75 mm gun is the same as early Panzer IV and can destroy any other vehicles at and above its battle rating with one hit, meanwhile, the 234/3 has a great speed of 50-60 km/h forwards and backwards to relocate. Because of this, it is possible (though not necessarily needed) to use the 75 mm and return fire while making haste. Terrain foliage such as bushes are great assets for concealment, shadows as well so use them and stay hidden.