Sector view radar. In case of these radars, system only actively looks for enemy in small sector infront of your turret. (represented by dark green field) 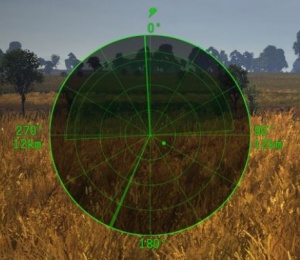 Some aircrafts have fully fledged out radars or counter-radars and will see you clearly as soon as you try to track them.