Difference between revisions of "SGB (S304)" 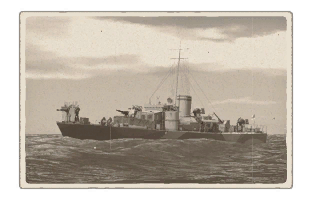 In 1940, the Admiralty issued a set of requirements for a new gunboat design that would incorporate features from both motor torpedo boats and gunboats. The primary task of this new vessel would be to counter the German S-boat threat and to protect the British coastline in areas where larger vessels, such as destroyers, couldn’t operate.