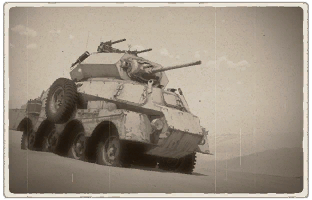 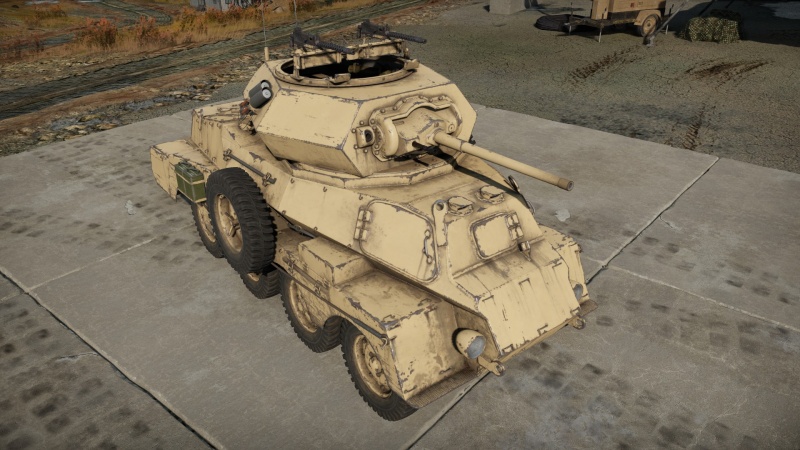 The SARC MkVI (2pdr) is a rank II British light tank with a battle rating of 2.7 (AB/RB/SB). It was introduced in Update "Ixwa Strike".

The SARC (South African Reconnaissance Car) also known as the Marmon-Herrington is an armoured car developed by South Africa during World War II, now present in the game as an entry vehicle on the South African ground forces sub-tree.

The 2-Pounder variant present in the game features a Quick Firing 2-pounder gun of 40 mm, several light machine guns and a variety of auxiliary abilities as scouting and smoke charges - An excellent vehicle for adept teamplayers. The SARC is not just decently equipped but is also highly mobile on most grounds. This pleasant high mobility is the distinction of both of the SARCs presents in the game and certainly, of most following South African vehicles.

To recap, the balanced mix of firepower and speed brings to tankers of the British ground forces, a very competent early light car.

Overall the vehicle is very lightly armoured, although it will not hull break when facing the German 75 mm or American 105 mm HEAT shells which are commonly found around the same rank, it does not have enough side armour to stop anything above a small-calibre machine gun. There are some places on the rear where even a 7.62 mm machine gun will find its way through; the most reliable armour is the frontal armour thanks to the angled plates and the gun mantlet.

For its misfortune, It is also open-topped, and with one of the 4 crew members partially exposed. The SARC will find itself getting strafed out by planes very frequently. However, sometimes the side armour might not cause APHE fuses to go off, successfully saving the vehicle from any damage, although this is inconsistent and in no way reliable. Overall, it's not very well armoured considering its turret is also exposed, and thus comparably worse than the Axis analogue, the Sd.Kfz.234/2 (Puma).

Aside from the unreliability of the armour, the vehicle might hold off some poorly aimed shots to areas as the gun mantlet and the lower powertrain. The 30 mm gun mantlet features < 150 mm in angling on some areas capable of bouncing off shells, while the tall profile might increase survivability in some situations as careless shots are likely to pass under the vehicle without major damage to fighting modules or the crew. On close-quarters battles, self-propelled assault tanks like the low-profile StuG III A or StuH 42 G might hastily aim at this area, causing most likely the immobilization of the SARC yet with intact crew members.

But being tall is also an unfavourable trait for survivability since on plain maps like the Carpathians, the SARC or the commander atop will be easily spotted; using the spare set of stock smoke grenades might help overcome these encounters. 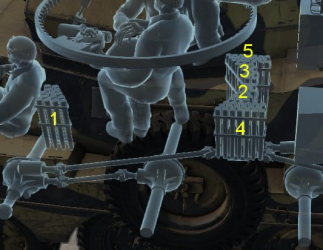