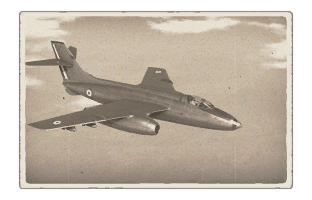 The S.O.4050 Vautour IIB was developed by Sud Aviation after World War Two to meet the demand for the French Armeè de l'Air. This was a challenging task, after the German occupation in France. Many aircraft design teams have scattered. France was also new to the new jet propulsion area. The requirements issued by the French government called for a jet-powered multi-role attack aircraft that can perform as a bomber, low-level attack aircraft, and an all-weather interceptor. SNCASO met those requirements with a modified version of the S.O 4000. The new plane was designated the S.O.4050 Vautour and was manufactured in three different variants. The plane would serve in the AdA for several decades before replaced the newer Dassault Mirage. The Vautour was also one of the stop-gap measures used by the AdA as a nuclear deterrent. The Vautour would later be exported to Israel and serve with the IAF to counter the Egypt's IL-28 twin-engine bomber.

The IIB, which differed from the previous IIA by adding a second crew member in a transparent nose, was a dedicated bomber variant. Its prototype first flew in December, 1954. In total 40 of the IIB would be built. All were sold along with all of France's Vautour IIAs to Israel in 1960.