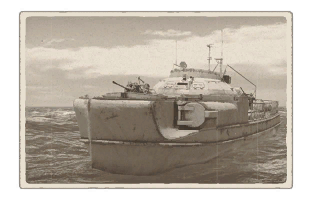 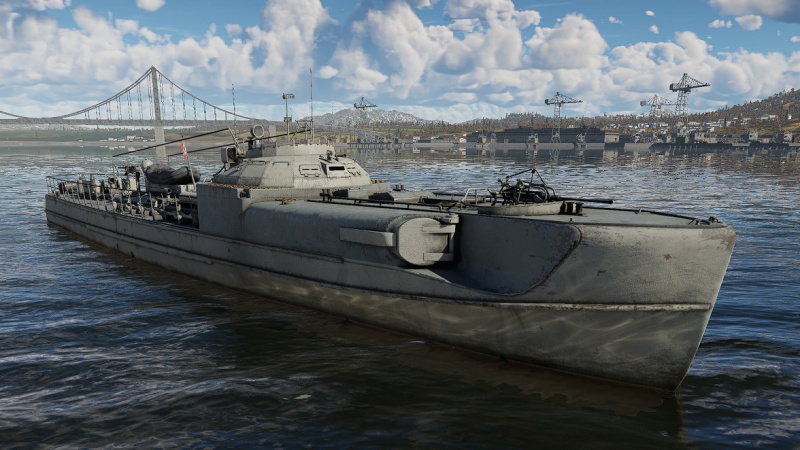 The S-38b is also nearly identical to the S-38 in terms of mobility. It too is quick and agile. The difference is that the S-38b is slightly quicker forwards at 106 KPH (66 MPH).

The S-38b is armed with two torpedos that have a max range of 6 km (14 km with torpedo mode). They can be used almost at point blank, the torpedos must travel 50 m at minimum to be armed (most of the time "point blank" engagements will be between 100-500 m). Depending on the map, game mode and captain's discretion, the torpedo depth can be adjusted in order to target specific ships.

This is the recommended depth when trying to perform long range sneaky engagements of large ships in deep waters. This is one of the riskier techniques as there is no way to launch them in shallow waters (most shallow water maps have water depth of 2-3 m). Only the captain and the team will be able to see the torpedo symbol while traveling close to them and it will not leave any visible water trail compared to the 1 meter depth torpedo.

The S-38b has a similar playstyle to the S-38: a fast, agile, lightly armoured but well-armed craft. They main purpose of this vessel is to rush capture points and support other boats. This ship should never face enemies alone due to its light armour that can be easily penetrated by the guns seen at the battle rating, specially the 3-in guns mounted on American and British sub-chasers. Instead, the S-38b should travel with other ships, essentially making the enemy engage in a single target while being engaged by 2-3 or more.