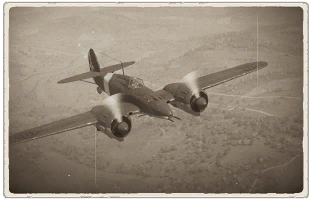 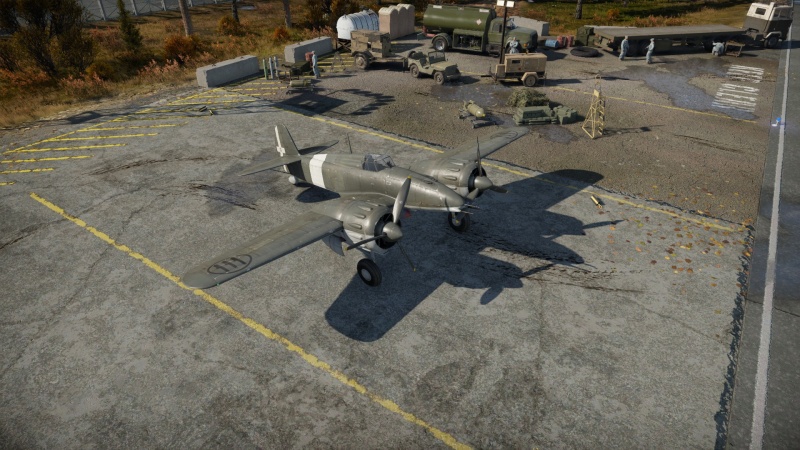 The Ro.57 Quadriarma is a premium gift rank II Italian strike aircraft with a battle rating of 2.7 (AB/RB/SB). It was introduced during Update "Hot Tracks" as a reward for the 2020 Operation W.I.N.T.E.R. event.

The Ro.57 is quite manoeuvrable for a strike aircraft, with a great roll rate and turn time, and will most likely be able to win turn fights with other twin-engine aircraft. However, remember, the Ro. 57 is not a turn fighter, and should not be used as such. In addition, it's rather slow for its BR, so keep that in mind when chasing enemies.

The Ro.57 Quadriarma is armed with:

The Ro.57 Quadriarma can be outfitted with the following ordnance:

At the start of the battle, climb as high as you can. Use the air spawn to your advantage. Intercepting bombers is usually your main job as an interceptor. Head-on engagements are an option as you have good frontal armaments located in the nose. If you are engaged by a fighter, don't hesitate to turn fight. Your turn rate with combat flaps is much better than it may appear and is sometimes on par with even the Spitfire's turn rate under the right conditions. Boom and Zoom can be done but do so with extra caution as you will be chased quite easily by enemy fighters.

Just before the outbreak of World War II, the Italian Regia Aeronautica placed an order for a heavy fighter for escorting bombers and long air patrols. The IMAM-based design group proposed a twin-engined aircraft with a pair of FIAT A.74RC.38 engines, armed with two heavy machine guns. Soon the aircraft was modified - the armament was reinforced with two 20mm cannons, an air brake was installed, and bomb armament added.