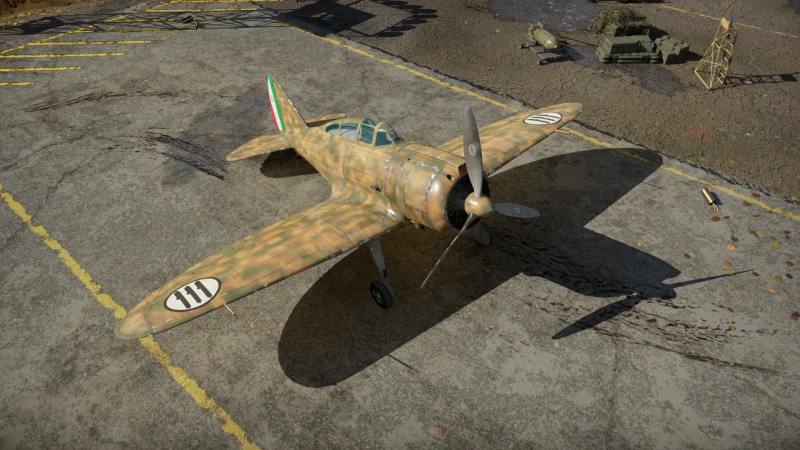 The Re.2000 Series 1 is an air superiority aircraft and can be used as an energy fighter or as a dogfighter. It has a good acceleration when using WEP but the engine in WEP overheats very quickly. Thanks to the structure of the aircraft, it can dive without problem at high speeds and retain that speed and momentum, making it excellent for boom and zoom fights. With its combat flaps, it can turn quickly, making it capable in a dogfight while you have your energy. The 12.7 mm SAFAT MGs are excellent against light and armoured enemy aircraft. Be aware though of the limited ammo for the 12.7 mm machine guns, only 300 rounds per gun. This means trigger discipline will be important. In the end it is a fighter capable of fighting in any situation without having too many downsides.