Difference between revisions of "R-13M" 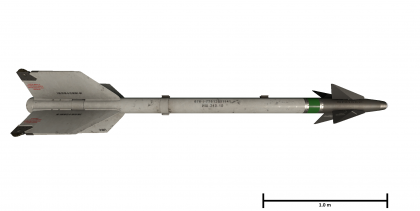 As in real life, the R-13M is broadly comparable to the AIM-9D and AIM-9G Sidewinders, with only slightly lower G-tolerance and maximum range. Players who exclusively used the R-60 on the MiG-21SMT will be disappointed with the R-13M's lacklustre capabilities in short-range combat.