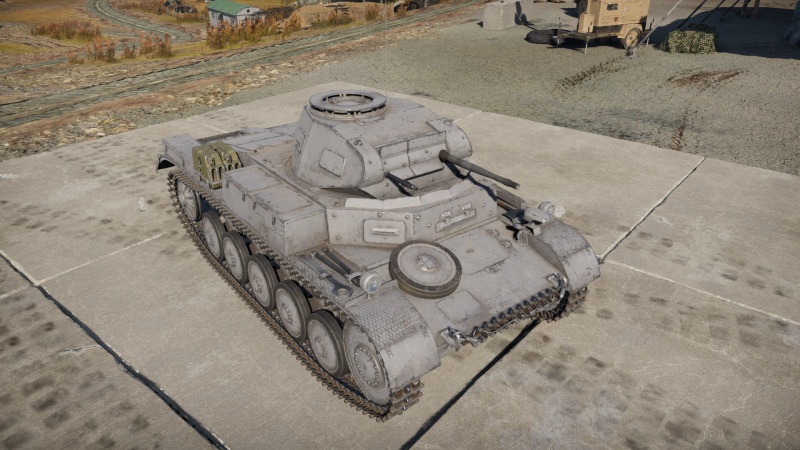 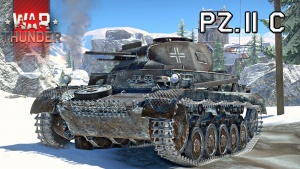 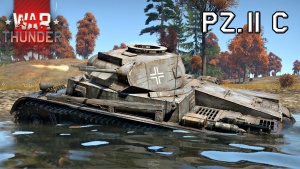 With the ability to load HVAP rounds capable of penetrating 64 mm at point blank range, combined with its magazine-loaded rapid fire, the 20 mm can puncture through most enemy armour at this battle rating range like it is fabric.

The biggest problem with the 20 mm autocannon is the 10 round magazines combined with a 7.8s stock reload time, meaning that the tank may successfully take out two or three enemy tanks with controlled bursts, but is likely to be taken out during the reload. Another problem to consider is in the powerful HVAP ammunition, in that its impressive penetration statistics can make the gun reach out to about 200-300 meters, but the penetrative power drops off rapidly after that due to velocity drop, even more so than the standard PzGr round.

Ammo racks of the Pz.II C 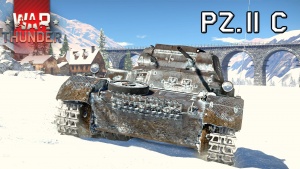 This variant of the Pz.Kpfw. II light tank was designed by Henschel and produced by Daimler-Benz.

The Pz.Kpfw. II Ausf. C was the third production variant of the tank. It differed from the Ausf. A and Ausf. B tank variants in its improved engine cooling system and the installation of 50 mm thick armored glass in the observation units. The new tank hull was 30 mm taller and 57 mm wider.

The front and rear rim of the turret was protected by a special armored collar. The gun mantlet was equipped with a protective lipped shield on the top and bottom that prevented the joints of the mantlet and edges of the opening from being hit with shrapnel. The gap between the turret box and turret was protected by an armored collar which was welded to the roof of the box. The driver/mechanic's hatch also received an armored shield.

The tank's armament remained unchanged, but a modified TZF4/38 sight was installed, and the rear of the hull could have smoke grenade launchers (two on each side) mounted to it.

Despite its outdated design and weak armament, the Pz.Kpfw. II Ausf. C was used very actively in combat until mid-1942. Some tank divisions on the Eastern Front used the tanks till 1943.