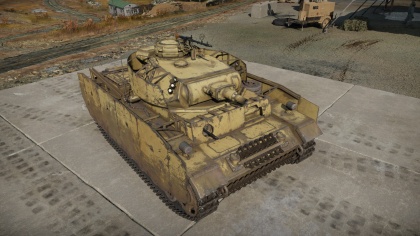 This is a Panzer III, upgraded to carry a short 75 mm KwK37 cannon, which can be found on a Panzer IV as mounting an infamous long variant of the 75mm gun failed, so a compromise was made. Panzer III N is referred to as the assault variant of the Panzer III family, and it retains a body of Panzer III. L and M variants.