Difference between revisions of "Pr. 30 Ognevoy" 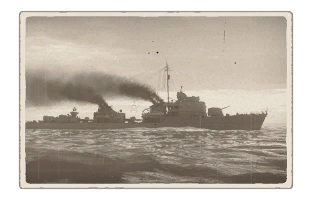 The Project 30 Ognevoy is a rank I Russian destroyer with a battle rating of 4.0 (AB/RB/SB). It was introduced in Update 1.87 "Locked On". This is the ship which is a stepping stone to Soviet destroyers.

The Pr. 30 Ognevoy is a ship where the player is introduced to the famous Soviet 130 mm naval guns. This armament can be considered both an upgrade/downgrade from Frunze. Due to having only 2 turrets, losing just one of them will mean that 50% of your available guns are available to engage opponents.