Difference between revisions of "Porter (DD-356)" 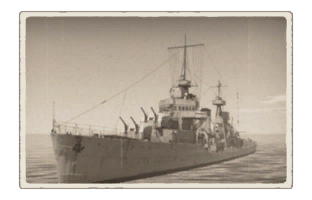 The Porter class, USS Porter (DD-356) is a rank III American destroyer with a battle rating of 5.0 (AB/RB/SB). It was introduced in Update 1.95 "Northern Wind".

The ability to steam above 60 kph, makes the Porter a very fast vessel, at the cost of some turning time.