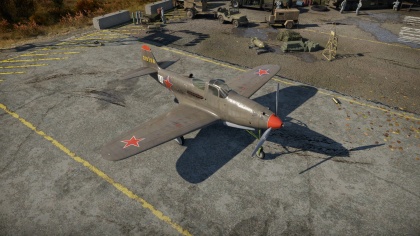 The ▂Pokryshkin's P-39N-0 Airacobra is a premium gift rank III Soviet fighter with a battle rating of 3.3 (AB) and 3.0 (RB/SB). It was introduced in Update 1.31. The plane is painted after the camouflage scheme of Soviet pilot Alexander Pokryshkin in the 16th Guards Fighter Regiment, who scored most of his aerial victories in a lend-lease P-39.