The Phantom FGR.2, also known as the F-4M is a rank VI British jet fighter with a battle rating of 10.7 (AB/RB/SB). It was introduced in Update 1.93 "Shark Attack". It is a British version of the American F-4 Phantom II.

Although on first glance appearing very similar to it's American counterpart the F-4C Phantom II, there are a number of major visual and performance differences between the two aircraft. Phantom's produced for the RAF were redesigned to use British Rolls-Royce Spey turbofan engines, instead of the General Electric J79 turbojet engines found on American Phantoms. The British engines produced more thrust than the American engines, but were wider; as a result the fuselage of British Phantoms was modified and is slightly wider than on American Phantoms. In addition the Phantom FGR.2 has larger air intakes than the F-4C, in order to allow for the increased airflow required by the new engines. The rear of the Fuselage is also significantly different changed on the Phantom FGR.2, the engines are noticeably angled downwards; and due to the different afterburner arrangement on the Spey engines, the area around the engine exhausts has been reshaped, as well as the engine exhausts themselves being different. In addition the Phantom FGR.2 has a squared off tail, and lacks the under-nose probe of the F-4C. 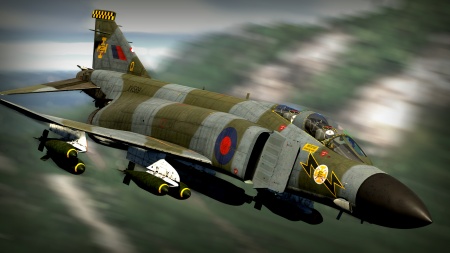 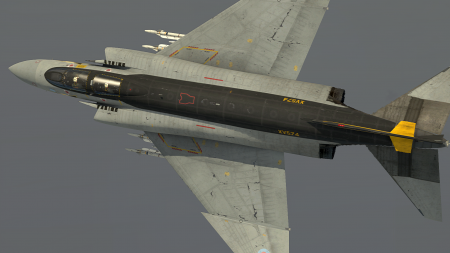 Much like the older F-4C variant, the British Phantom FGR.2 is without any armour protection whatsoever, the weight savings allows the aircraft to take on more fuel or ordnance as speed is meant to be its best defence. This fighter packs in quite a few fuel tanks, while some are located in the leading edges of the wings, the majority of the fuel tanks are located within the fuselage packed around the engines and behind the cockpit. The control lines for the Phantom FGR.2 run from the cockpit down the length of the upper fuselage to the tailplane, relatively exposed to enemy gunfire.

Fighters attempting to take down a Phantom FGR.2 have an excellent chance if they can corner this aircraft or catch it while it is flying vulnerably slow. Autocannons and missiles will have the best chance to disable or destroy critical components, but smaller rockets such as M/55, SNEB Type 23 or FFAR Mighty Mouse unguided rockets fired in salvos during a head-on engagement may cause enough of a scattered grouping that at Phantom FGR.2 fill not be able to avoid them all and fly into at least one. 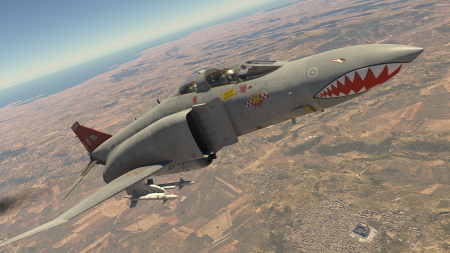 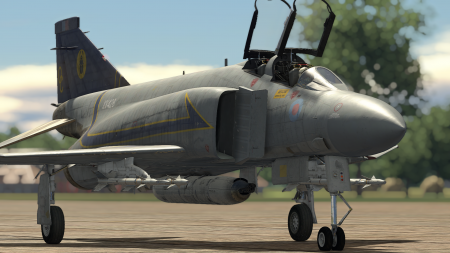