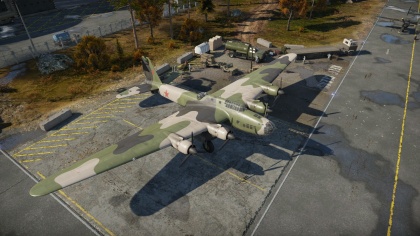 The Pe-8 (Petlyakov-8) is the first heavy bomber in the Soviet tree, known best for its incredible defensive armament and its ability to carry the FAB-5000 bomb, the largest bomb in the game. Weighing 5,000 kilograms, it gives the Pe-8 a payload rivaling many tier IV bombers, only outclassed at the same battle rating by the Halifax. Due to this, the Pe-8 has earned the reputation of being a Russian death star - It's very, very hard hitting, but, you will be targeted as a large heavy bomber. Enemies will make you a high priority target and will try to attack you at any cost, even if they lose their lives in the process.