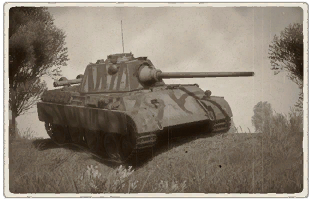 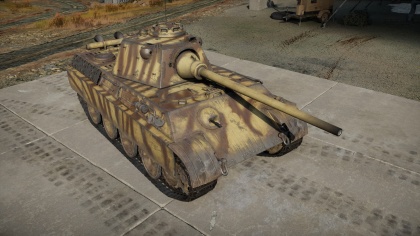 The Pz.Kpfw. V Ausf. F (Panther F) is a rank IV German medium tank with a battle rating of 6.0 (AB/RB) and 6.7 (SB). It was introduced during the Closed Beta Test for Ground Forces before Update 1.41. 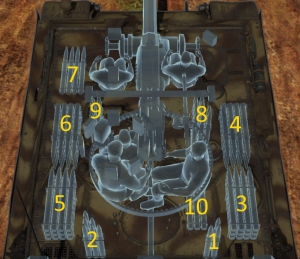 Ammo racks of the Panther F.