Difference between revisions of "Panther "Dauphiné"" 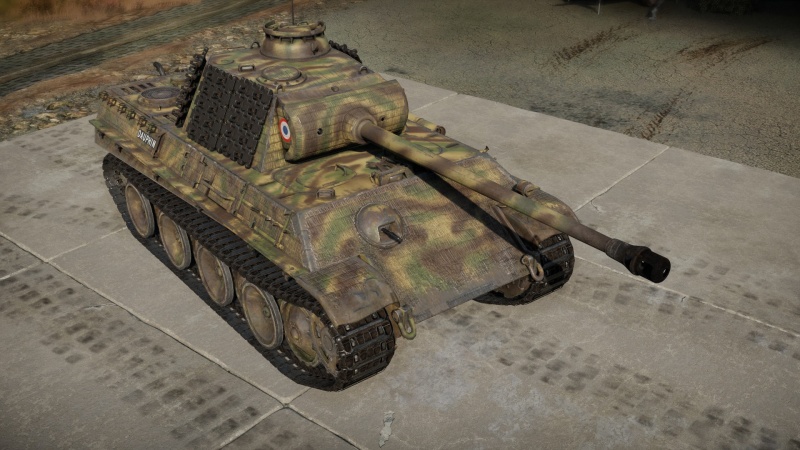 The Panther "Dauphiné" is a premium rank IV French medium tank with a battle rating of 5.7 (AB/RB/SB). It was introduced in Update 1.91 "Night Vision". It is a French-captured example of the Panther G found in the German tree with a few cosmetic differences like missing side skirts and new French markings.