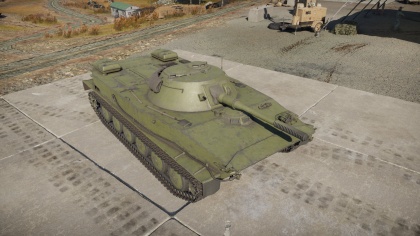 This vehicle has next to no armor due to his amphibious abilities and can be easily destroyed even by heavier machine guns.