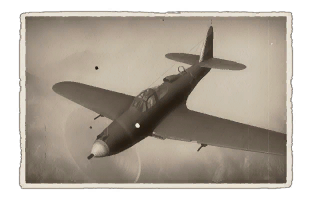 The ▂P-63C-5 Kingcobra is a Rank IV gift Russian fighter with a battle rating of 4.0 (AB/RB) and 4.7 (SB). This aircraft has been in the game since the start of the Open Beta Test prior to Update 1.29.

In World War II, the P-63 would only see combat in the USSR. In the short military campaign in the Far East in August 1945, the Japanese air force provided no serious resistance, so evaluating the Kingcobra's combat performance in air-to-air combat was not possible. In all, 3,303 P-63 aircraft were produced, including all modifications. After the war, they remained in service with the Soviet Air Force until 1952-1953. In the U.S., all of the planes were officially retired in 1946."