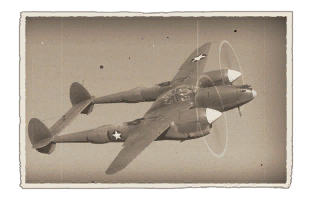 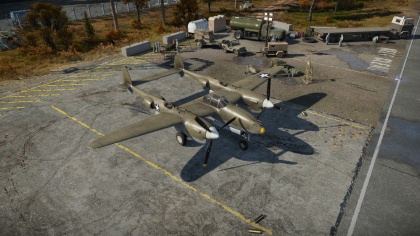 The concept of the plane was made in February 1937 when the US Army Air Corps made a requirement for a plane that had twin-engine and can act as an high-altitude interceptor that can hold a large amount of armament and ammunition. The term "interceptor" was used for the aircraft by the requirement authors, 1st Lt Benjamin S. Kelsey and Gordon P. Saville, to bypass the Air Corps' strict requirements on aircraft designs at the time. The specifications laid by this new requirements also called for a maximum speed of 360 mph (580 km/h) and able to climb to 20,000 ft altitude in six minutes, making it the most tough specifications at the time. Design proposals were made for the specifications, one of which would become the Bell P-39 Airacobra, but it was the Lockheed design team headed by Hall Hibbard and Clarence "Kelly" Johnson that made the final product. They made many designs with a twin-engine configuration. The prototypes made for the design used a twin-boom design to hold all the components of the aircraft. Various armaments were tested on the aircraft, from different machine gun combinations and auto cannons. It was finally settled to four M2 .50 cal machine guns and one Hispano 20 mm auto cannon. The aircraft armament configurations, all at the nose of the aircraft, was very unusual for an American aircraft design, as most of their designs and those of their foreign contemporaries had the armament mounted on the wings angled forward. Because of this mounting, the aircraft is able to fire at a longer distance accurately than wing-mounts.