Difference between revisions of "OF-40 (MTCA)" 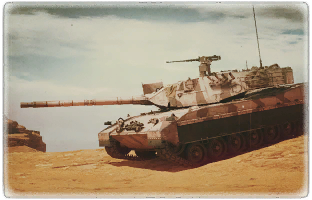 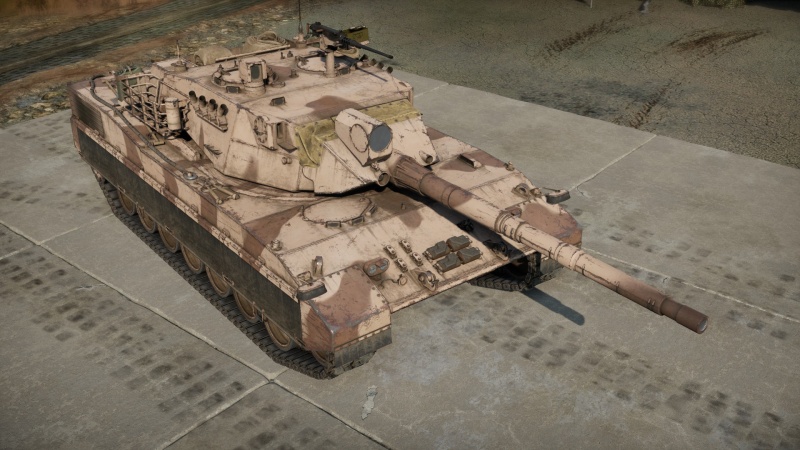 The Carro Armato OTO Melara OF-40 (MTCA) is a premium gift rank VI Italian medium tank with a battle rating of 9.0 (AB/RB/SB). It was introduced in Update 1.89 "Imperial Navy".

The OF-40 (MTCA) has very little in the way of armour - effectively identical to both OF-40 models in the tech tree - with just enough to protect its crew from most frontal attacks from light autocannons - however even then the turret ring and some other small weak spots are reasonably vulnerable. Despite this, the OF-40's steep constructional angles may on occasion bounce even APFSDS rounds, while the (minimalist) spaced armour in the turret may absorb some less-powerful chemical rounds. Regardless, the safest approach is to avoid enemy fire whenever possible.

The OF-40's survivability is comparable to the Leopard A1A1 (L/44), as most of the vehicle's ammunition is stored in the hull adjacent to the driver, with a small portion of the ammunition being placed in primary stowage below the loader. The unfortunate result is that almost any hull penetration in the front half of the vehicle is liable to destroy ammunition with a high chance of detonation. Additionally, the turret crew are very poorly spaced and a well-placed round can easily knock out the entire crew simultaneously.

The result of the lack of survivability and armour is that the OF-40 (MTCA) is not viable as a front-line MBT, but rather should be played in flanking or sniping roles.

The OF-40 (MTCA) has an improved engine over its tech tree predecessors, offering its driver a notably improved power-to-weight ratio of 23.26 hp/ton (RB, spaded), relative to the Mk.2A's 19.3. This is a significant improvement that is easily noticeable, and the MTCA comfortably displays better mobility characteristics than most of its contemporaries.

With an upgraded 1000 hp engine, the OF-40 (MTCA) is more manoeuvrable, similarly to other third generation main battle tanks. The OF-40 (MTCA) will get you to a better position than the rest of the tanks if not in an uptier situation.

The main weaponry on this tank is the same as the Leopard family. DM23 APFSDS shells are recommended for engaging armoured targets while you should also carry several M456 HEATFS and M416 smoke shells for special purposes.

The armour is not upgraded from the rest of OF-40 family. Although the OF-40 family has spaced armour all around the turret, you will not want to use this feature. While it is significantly more effective than the Leopard 1's turret armour, all main battle tanks can still penetrate you from all angles with ease using kinetic energy shells. The hull is as fragile as other Leopards, which is another reason why you don't want to take a shot.

Although the OF-40 (MTCA) has night vision devices, it lacks thermal sights for both the gunner and the commander. You might want to get in cover such as bushes and buildings first before opening fire. Avoid sitting in the opening at all time, always get in cover after shooting.

In summary, OF-40 MTCA is a mixture of the OF-40 Mk. 2 and the TAM: it is a great tank in mobility and fire power. However, lacking armour and thermal camera limits its usage on certain maps around open areas.

The United Arab Emirates was the only operator of the OF-40, receiving 18 OF-40 Mk.1 tanks and later 18 more OF-40 Mk.2 tanks; the original 18 Mk.1 vehicles were also upgraded to the OF-40 Mk.2 standard. The UAE was unhappy with the mobility characteristics of their OF-40s, so Fiat offered them two options. They could have the engine replaced with a Fiat MTCA V-12 1,000 hp engine, or they could have the existing engine uprated to 950 hp. It would seem that neither option was ever retrofitted onto the UAE's OF-40 Mk.2 tanks.