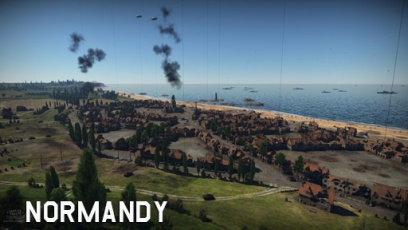 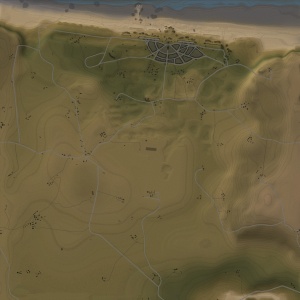 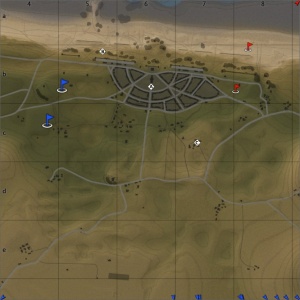 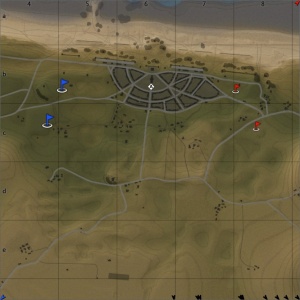 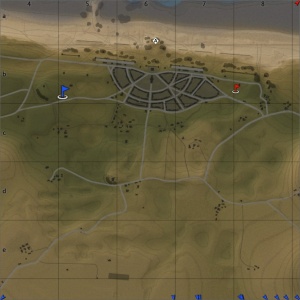 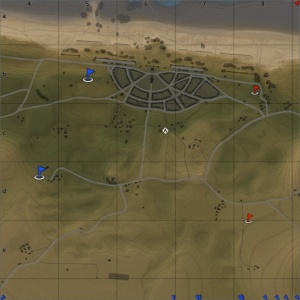 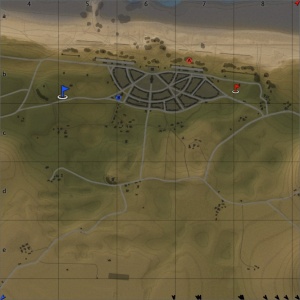 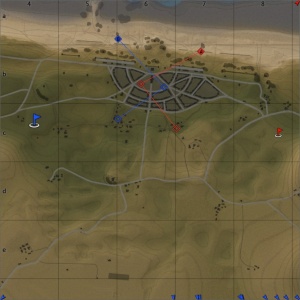 Normandy is a very diverse map, in terms of strategies. There is city combat, and large hilly area for flanking, as well as the relatively flat beach with few pieces of cover. Even within each area there are various strategies, which are broken down below.

Often the home to objective A, the city is the main location on the map, and the vast majority of encounters occur here. There are 3 main strategies around the city for both sides:

Due to the openness of this area, there are no set positions or strategies. Generally, you should advance from cover to cover, trying to know every player's location around you. Rushing in is a bad idea, because enemies will often camp and wait for players to enter their line of sight. Try playing slowly, but surely.