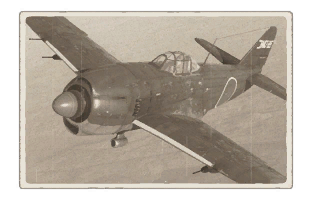 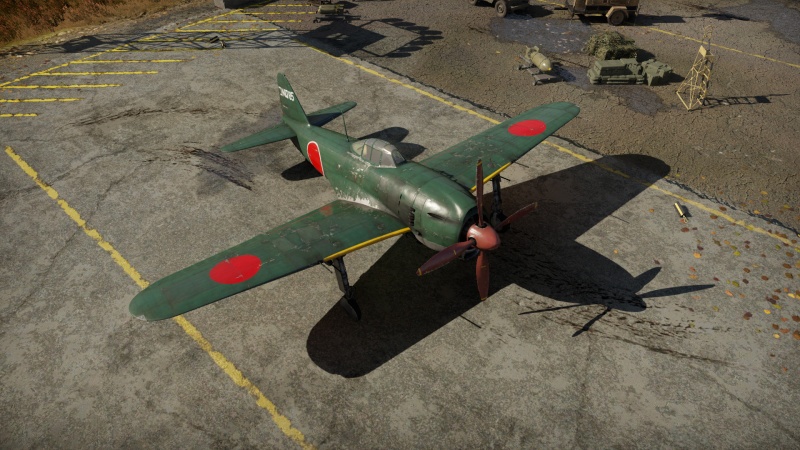 As the first aircraft in the famed land-based N1K fighter series, the N1K1-Ja is a very interesting aircraft to fly. It will struggle to out-run or out-climb most fighters at its BR, but can make use of some nice features such as its extremely good medium-speed manoeuvrability and strong armament.

Firstly, the N1K1-Ja is slow. It's top speed is barely 600 km/h in a straight line when spaded, meaning that it will be outrun by almost every fighter at its BR, and even by some bombers too. Thus, boom & zoom will not work with this plane due to its low speed. However, the N1K1 does have a key advantage, being its great mid-speed manoeuvrability. Though it isn't as manoeuvrable as the famed A6M 'Zero', it can easily out-turn most enemies it commonly faces, save for aircraft from its own country and a few Spitfires. When in battle, utilize the N1K1-Ja's good mid-speed (350-450 km/h) manoeuvrability to win dogfights with enemies it commonly faces.

When being pursued by other aircraft, there are several strategies to use. Firstly, against faster aircraft such as the P-47, P-51 or Fw 190, allow them to dive on you and then turn out and force them to enter a turning engagement with you. If the pilot decides to climb and disengage, there isn't much you can do as they have (typically) better climb rate and energy retention. Do not follow them up the climb, it is a death trap. Instead, disengage and fly away to engage someone else. Against more manoeuvrable targets such as the Spitfire, a variety of tactics must be used as the Spitfire can out-turn the N1K1 at lower speeds.

Specific enemies to take note of